I popped into Roy’s house on Tuesday to lift a tree and scrounge a cup of tea. As usual I took a few snaps. His trees are starting to show great Autumn colour. I was interested to see how they had grown after the major haircut some of the got back in May SEE HERE

Korean Hornbeam. This one has responded really well to the pruning.

Here’s the run down of what went on at the Sunday workshop with Peter Warren at Peter Snarts. Thank God there was no one called Peter in the workshop this time!! I did suggest that we call one of them Pete, not very well received 😀

One of the first trees to get  a look over was Dave’s very impressive Spruce. It wasn’t going to receive a lot of work on the day but advice and direction with pruning was given.

Lets have a look 🙂

Notice the iron rod to support the tree.

Alan, the local artist, who is a bonsai novice had brought his Scots Pine for styling. I was honoured to be asked to give Alan a hand with the wiring.

Alan was set to work sketching out a few ideas for the tree.

Duncan arrived with this beautiful yamadori Yew. Is was going to need a lot of clearing out and some addition deadwood work.

Sue had brought along 2 shohin Chinese Junipers. Some how I missed getting a before shot of one of them!

Peter asked Alan and I to clear away the moss from the soil surface of the Pine. He needed to see if there were any heavy roots lurking in the mound to the left of the trunk.

after clearing and a few pokes with a chop stick we couldn’t find any heavy roots that would hinder the repotting of this tree. The previous owner repotted by adding mix under the base of the tree, hence the mound after nearly 40+ years in a pot!!

Time to discuss the options.

My favourite photo of the day.

Steve’s tree of the day was this Scots Pine. A lot of wiring to keep him busy.

Sue’s Junipers. The first one has already been thinned out by Peter.

I love this little one.

Alan gets stuck into the wiring, and I lend a hand.

We were working next door but I could here Duncan had the dremel out to assist with cleaning up the deadwood on his Yew.

Everybody hard at work.

Dave also had this Common Juniper with him. He had started the wiring the previous day and had even carried on after the Saturday workshop. Like me, he stayed overnight and took advantage to get the work carried out.

Another of Dave’s trees was this Itoigawa Juniper. This was it pictured in a book Peter had 4-5 years ago.

After the photograph the health of the tree took a nose dive. However it has now recovered and was ready for Peter to have a look and discuss future options.

The best feature of the tree is without doubt the deadwood. Currently the two lower branches block this and at a more suitable time of the year, big changes will be made. How big depends on Dave 🙂

Meanwhile, the first styling of Sues little juniper had been completed.

Back to Alan’s Pine, and Peter inspects his wiring. Dave and I then finish off the wiring to get the basic styling completed on the day.

Peter suggests that the straight branch to the left needs to be chased back if it stays but feels tha it would be better removed. As this was the branch Alan wired, I thought it was a great idea 🙂 Sorry Alan 😉

This is a final shot but I think I have slightly the wrong angle. A very natural image with the usual, photo doesn’t do it justice remark.

Duncan’s Yew done for the day. A lot of deadwood work carried out and a few branches raffia’ed and placed to become the new leader. To do more in one sitting wouldn’t favour the trees health.

Sue’s other Juniper after a few adjustments.

Well, that’s was it bar the beer and red wine 🙂 Hope you have enjoyed seeing the day in pictures. All that remained was for me to get a photo of the Peter’s for the blog 🙂

Thanks again to Peter and Jean for having me. And to Peter Warren for the experience.

I’ve just noticed that my blog has now past the 30,000 views in the last 7 months. Thanks go to all of you who actually find this interesting  🙂 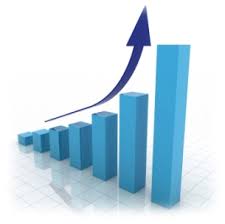 Now that I’ve shared photos of the Willowbog Collection, I’ll move on to some photos taken on the Saturday during a workshop with Peter Warren.

As a spectator, I was able to float about and get some nice shots of the action. Here’s the day in pictures.

Peter talking to yet another Peter about the options on his raw material Larch. At least this Peter wasn’t wearing crocs, an abnormality on the weekend 🙂

Dave gets to work on his yamadori Common Juniper cascade. Don’t adjust your screens, he really was that tanned!!

Janice talks to Peter about her little juniper seeking advice.

Thinning out before Robert gets wiring.

Steve gets stuck into a little Larch, one of several trees brought along for tweaking.

Everyone gets to work.

Alan, a local artist, took a quick sketch of Peter working on Dave’s Juniper. Note his great portrayal of the crocs 😉

Work finished for now on the Common Juniper. This tree was in amazing health as all Dave’s trees seem to be. The growth at the apex has been refined but extension growth at the cascading tip has been left long to allow branches to thicken.

This beautiful cascade with unusual deadwood reminded me of a juniper I had seen in a book or magazine a few years back. Peter Snart was able to show me a photo of it that evening. Of course I can’t now remember who owned it. Was it a Dutch of Belgian guy?

A busy day with a lot of trees receiving different work to suit to the needs of the tree and the owner. Peter is quick to pass on advice on the future care and techniques required for each tree to allow it to reach it’s maximum potential. I was interested to see that he wanted each participant to get what they needed from each tree, not what he, as teacher, could have imposed. A different approach to others that I’ve seen. It certainly makes the participants more involved with the design. In some cases options were left on trees to allow the individual to make a decision in their own time.

Part 3 of 3 to finish off Peter’s trees. I’m sure there are others I missed, you’ll have to go there and see them for yourself 🙂

A few additional comments about the trees can be read in the comments.

One of the first trees collected when started out in bonsai back in 1805 😉 a Sycamore.

And finally the man himself, Peter sitting on his ‘Captain T. Kirk’ chair. One thing I did notice over the weekend, Bonsai Artists called Peter tend to wear Crocs!!

Following on from my last post, here’s a few more from Peter’s collection.

Here are a few of Peter’s own collection. This is also referred to locally as ‘Mr Greedy’s Collection’.

Starting off with my favourite, This big Spruce is a beauty. I kept going back to see it every few hours.

It was brought in to the workshop area to grace the Tokonoma on the Saturday.

I had a fantastic time at Willowbog Bonsai this weekend. Peter and Jean, thanks for having me about the place, your kindness, generosity and friendship is greatly appreciated. I shall try and do justice here to my Willowbog experiences over the weekend. I don’t think all my photos would fit in one post 🙂 I fully intend to milk it for the rest of the week.

I must also say thanks to Peter Warren. I was officially only a spectator for the two days but I felt included in the workshops. More on the workshops in later posts.

To finish off, I’ll share some photographs of Willowbog Farm.

Pointing the way to Willowbog.

Not many trees in these few but I can assure you, the next post will take care of that 🙂

Even though this Fuji Cherry was defoliated this year, it is already showing signs of that wonderful Autumn colour creeping in.

This is the layer that I took off the previously posted Hawthorn last year. I lifted it in to the garage on Thursday to remove unwanted shoots.

This is probably closer to the final potting angle.

I know it doesn’t look like it, but there is some pretty good movement in the trunk line of this tree. The Spring foliage was shortened back in June after it flowered. The new shoots you see are all on a chop made in the middle of the tree. These will all have to be removed as this will have to be carved away.

This was it after removing the unwanted branches. I left the low branch on, I think this might make a nice feature.

This is the stump for carving. By the feel of the pot and how steady the tree is, I think there is sufficient roots for this work to be carried out during the Winter.

Considering I was going to just chop this off and bin it, I’m glad I waited for an Air Layer. I have another big Hawthorn that I now plan to layer next Spring.