I should be ashamed of myself, no posts for months. Excuses a plenty, busy busy (bonsai), Computer issues (hard drive crapped itself), heatwave (sunbathing), surgery (see below), the list goes on. I’m going to try and get back into the swing of posting again, we shall see how it goes. I have a few bits and pieces to cover from the last few months but I’ll drip these up here as a record as I go.

I’m off to Australia in a few weeks so hopefully I can get in the swing of it again and post some good inspirational tree content for you all.

Below is one of my many excuses. I had a ‘Cervical Medial Branch Denervation’ using Radio Frequency. Basically had nerves from C2 to C5 in my neck destroyed to try and reduce neck pain. Early days, we shall see how it goes. NOT a pleasant experience.

I’ll just leave you all now and say Happy New Year to all my Bonsai friends around the world. I’m really looking forward to making some new friends on my travels in 2017. Eejit coming your way soon 🙂

This gentleman disappeared from the UK bonsai scene roughly 15 years ago, and I found him a few weeks back hiding in the wilds of County Galway. Anyone recognise him? 🙂 Not looking to shabby for 81 years old. 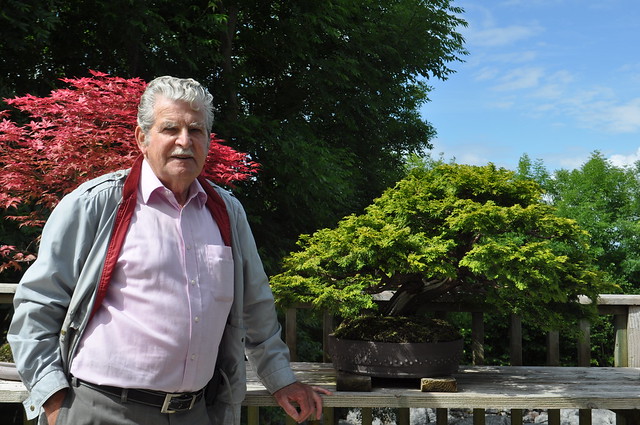 He’s still got a few Bonsai around. 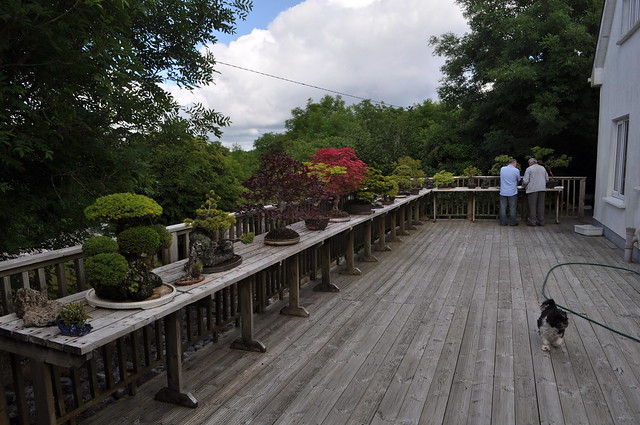 Twist, see what I did there 😉

Anyway, I was in the local Tourist Board Shop in my town and they have a small gallery display every month. I saw these and thought about all the wire Bonsai we see on the net, but these are a little different and have an Irish Twist. Trees like this are a common sight here with windswept Hawthorn along the coast and on every hillside.

Even a bird! Photos snapped on my phone so sorry for the quality. Enjoy.

It would appear that while I wasn’t looking my blog has passed the 1.5 million hits mark.

After a slow year blog wise in 2015 I’m really trying to get back in the groove with the whole blogging carry on.

A big thank you to all who follow on a regular basis and even those who just pop in now and again for a wee look. Always feel free to comment, I enjoy the input and making new contacts around the world.

Going to give Tibolar-RS this year on a few trees to see how it compares. Only hearing good things about this feed. 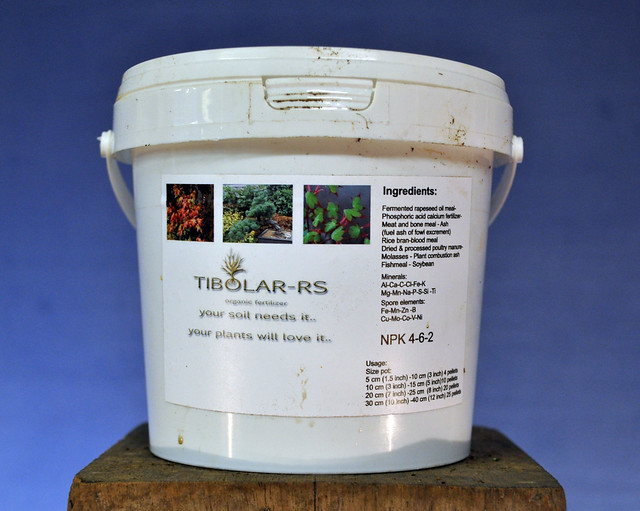 Could it be that we could now bring bonsai into the last clubless Provence in Ireland?!

Nearly 3 years ago I, on behalf of the Northern Ireland Bonsai Society, helped start the Munster Bonsai Club and a year year the Leinster Bonsai Club. Both are still going strong. Cork and Dublin are the main anchor cities for these clubs and therefore offer a good population in which to recruit new members.

The hard part of bringing coverage to all of Ireland was always going to be the wild west! Connaught lacks the population density of the rest of Ireland but what a place to go hunting yamadori 🙂 I have contact with a few bonsai enthusiasts over that way in Galway and Sligo but never anyone willing to give setting up a club or study group a go…… until now 🙂

I’ve been contacted via my blog by Tim, who not only wants to try and start a club but also has 40 years experience in bonsai. A great starting point for any club.

So my question is, do you live in Connaught and want to join Tim in starting a Club? Perhaps a study group would be a more accurate description of it to begin with, but from small acorns and all that. Tim is based in Ballaghaderreen in County Roscommon.

As before, I’m more than happy to support Tim in setting up as are the NIBS. All joining the club will be entitled to attend NIBS events as a sister club member.

Come on people, this is your chance bonsai in the West of Ireland.

I suppose everyone does bonsai for their own reasons, some for fame and fortune, some for a reason to get out of the house, some for the love of working with nature, some for the pure art of it. The last two hold true for me but the main one for me is friendship. A lot of these friends are local to me but many of you I have never met, just quick chats via social media and if I’m lucky, a face to face chat at an exhibition or two.

There’s nothing like sitting around with fellow bonsai enthusiasts and just enjoying bonsai. The photo below is from a recent session in my garage exploring options on trees and then putting them into action. This in another aspect of 2016 that I plan to increase, good honest enjoyment of bonsai in every way. 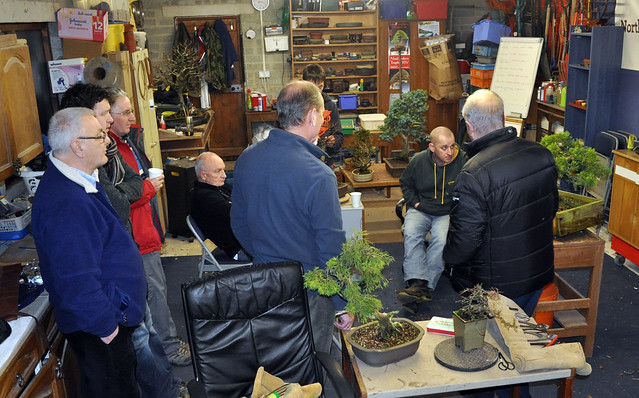 Today Facebook decided that my ‘Bonsai Eejit’ profile on their site was not a real person. The locked me out of my profile and my only option was to change it over to a ‘page’. I have done this but as a result I have lost all my  bonsai friends & contacts!! I have now set up a new profile ‘Ian Young (Bonsai Eejit)’ Please add me as a friend on the new profile if you wish to stay in contact by this means.

I am not a lover of Facebook as a company, but it’s not until something like this happens that you realise just how reliant you are on it to stay in contact with friends around the world.

Not me personally, standing in cold water for hours not catching anything does not appeal! However my Father in Law sees it differently. A few photos of Salmon fishing in Ireland in Ballina and Bangor Erris, County Mayo. Ridge Pool on the Moy river in Ballina is famous for it’s Salmon fishing and the visit coincided with the Ballina Salmon Festival too. A few photos of the street market on heritage day.