2 of 2. Now making a start on editing the demo footage. Not easy as Ryan keeps the information flow going throughout!

You will have seen Ryan talking about Pines elsewhere on Youtube but I think this one is slightly more detailed and well worth a watch.

and then is was me 🙂

As previously posted, I had opted to work on this Scots Pine.

Ryan asked about its history and what way I saw the tree going. I pointed out it’s problems as I saw them, namely the roots, heavy branches in the apex and the position of the secondary trunk in relation to the main trunk.

After a look Ryan suggest that the tree be tilted to the right to change the level of the roots and solve the nebari issue. One root can be removed at repotting. He removes a few heavy branches and started me off wiring the mini apex on the right and the secondary apex in the middle with heavy wire. This allows us to change the angle of the secondary trunk more to the front.

Ryan impressed me greatly by his ability to move around the room keeping everyone on target at the right time and make adjustments when required. Peter Warren is the only other person I have seen manage this. Must be something to this Japanese apprentice carry on 🙂

As I moved around the tree wiring Ryan was able to point out a few different techniques in wiring. That 45 degree angle thing you read about in all the books and hear preached by most bonsai guru’s can be safely shelved especially when wiring with copper. I haven’t done a lot of copper wiring, strange after 18 years in bonsai, but I found it OK to be honest. Gauging the weight of the wire was the new bit for me but a few branches in, it was straight forward. Towards the end of the workshop Peter Warren stepped up and gave me a hand to get all the wiring complete on time. Cheers Peter 🙂 It was a good chance to chat about …. nah I’ll keep that conversation to myself 😀 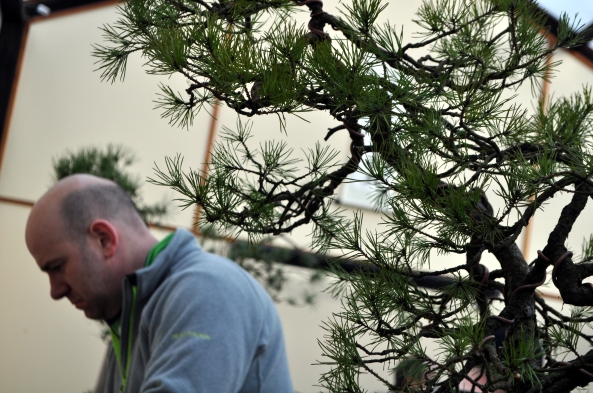 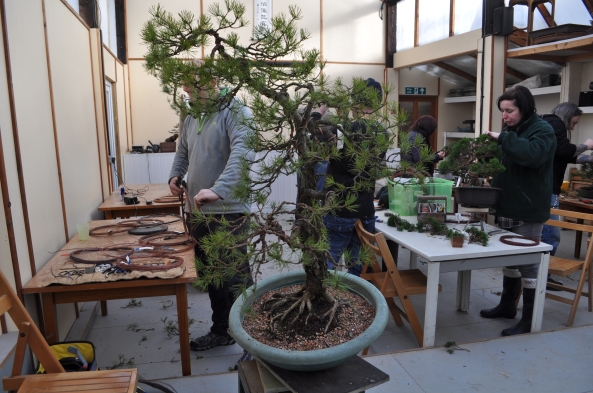 Throughout the workshop, Ryan would appear and do a little placing of branches or adjust branches that I had placed. Then at the end he sat down to make the final adjustments. I think the whole feeling of the workshop is captured in these next photos, just look at all the smiling and laughter, a great day in good company but still achieving quality work. 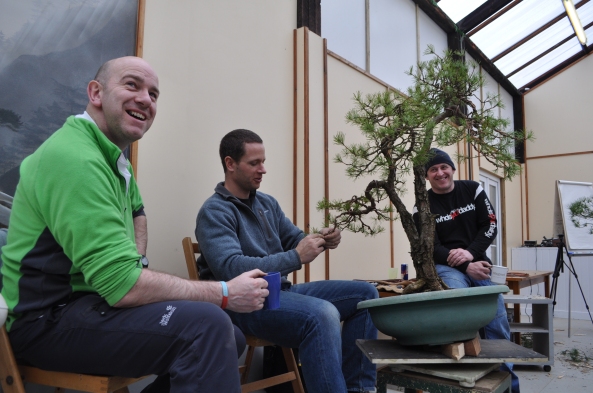 Grinning like a complete eejit 🙂 why the hell not, working with Ryan Neil. Peter Warren and Peter Snart, hard to beat it I think.

and the final image

As usual the photo just doesn’t do it justice.Here is a side by side before and after. 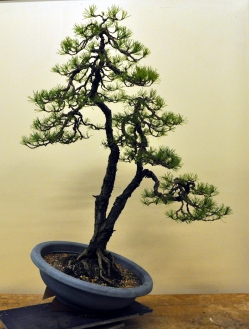 Those left at the end got together for a wee memento photo. Good times. 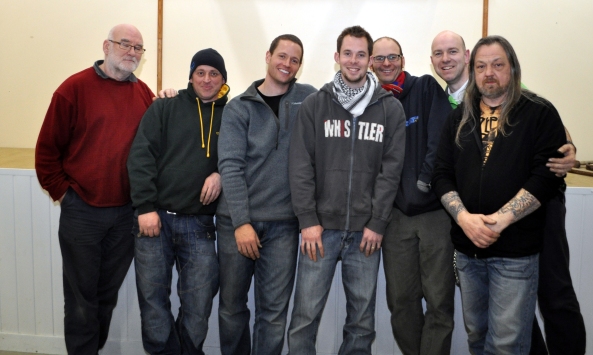