Stephen’s Siberian Elm before and after a trim today. 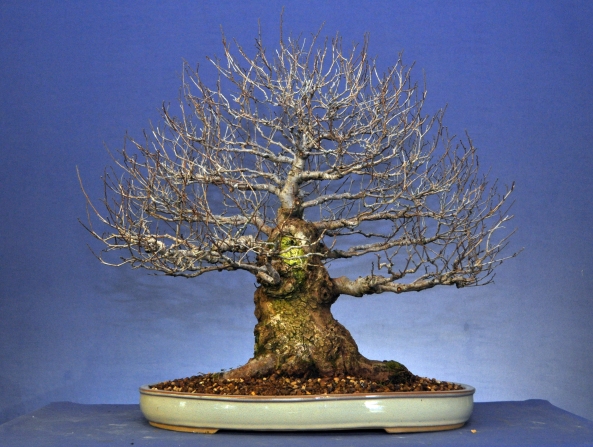 I’d have loved to have been there,just to witness the event 🙂

For any serious bonsai enthusiast on the Eastern Seaboard, there was one place to have been on March 14th. Gateway Garden Center in Hokenssin, DE was host to over 400 bonsai being sold from the legendary Kennett Collection.

Almost all the trees had been imported from Japan and were being sold at amazing prices. I actually passed on buying things last month in Japan in anticipation of this sale.

Museum Curator Jack Sustic, myself, and Museum volunteer Ted Pickett drove up that morning and arrived an hour early. People had already began to muster, circling the perimeter trying to locate the trees they wanted.

There were buyers from Massachusetts, Ohio, Pennsylvania, Delaware, New York, New Jersey, Maryland, Virginia, North Carolina, Georgia, and even Houston, Texas. Let me know if I missed any. 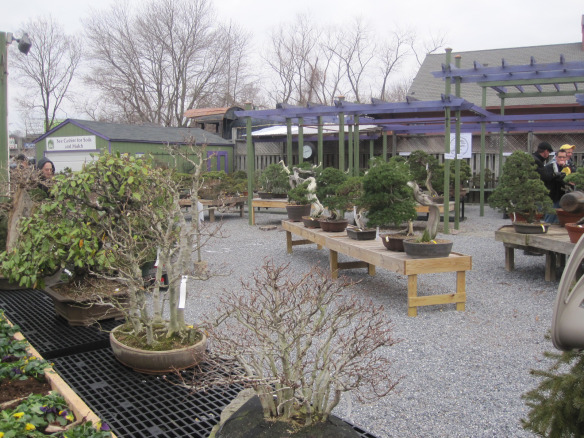 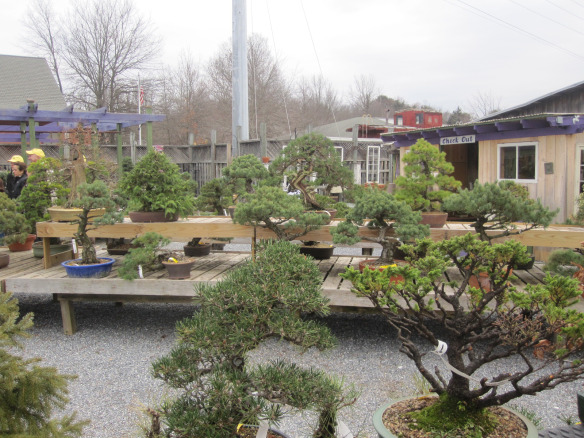 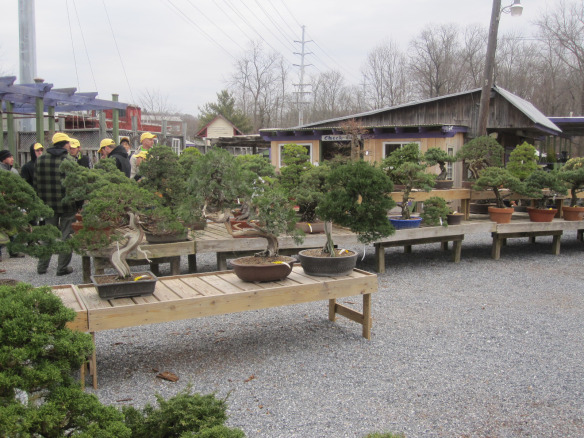 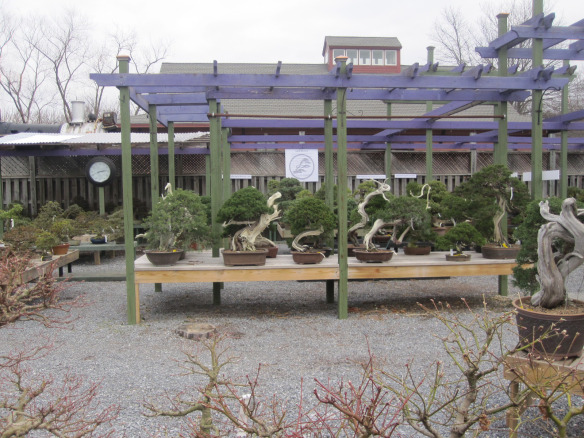 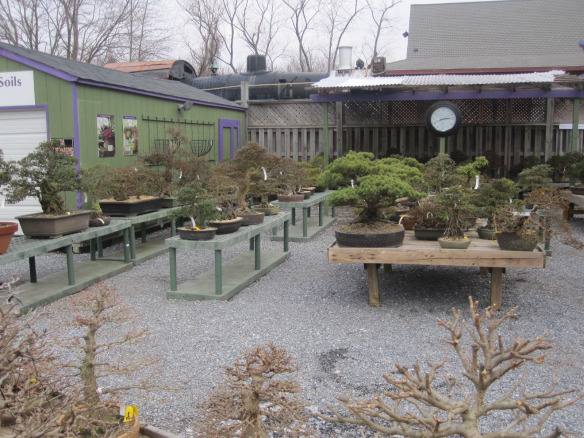 A tent had been set up with cashiers, heaters and best of all free coffee and donuts.

One of the benifits of going to the BSA exhibition was the change to get my hands on an Ian Baillie pot. I’ve been looking for a new pot for a shohin maple and I was hoping to find one on Ian’s stand. It didn’t take long. This was my find. 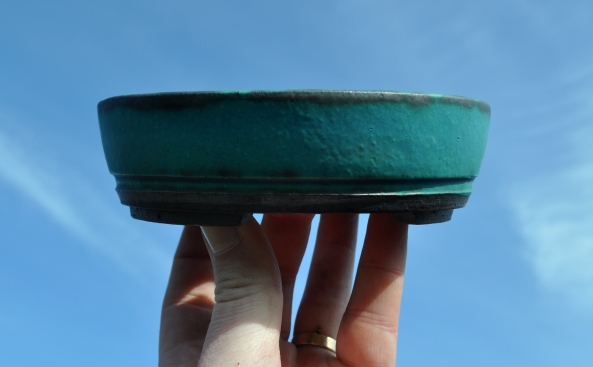 I also picked one up for a little Chojubai quince which was potted up on the Sunday of the show, more on that in another post. 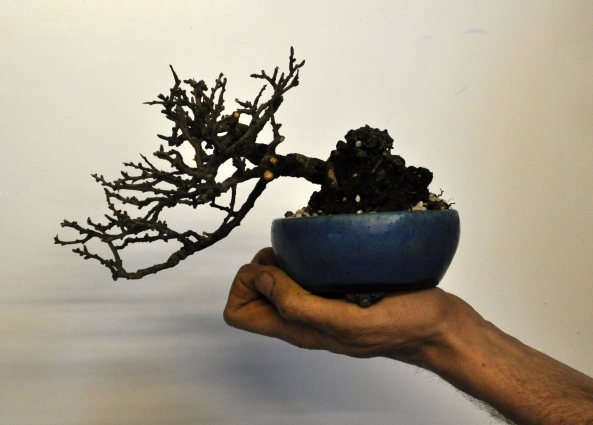 Here are a few more pots from Ian’s stand, some were still warm from the kiln on the Friday night! 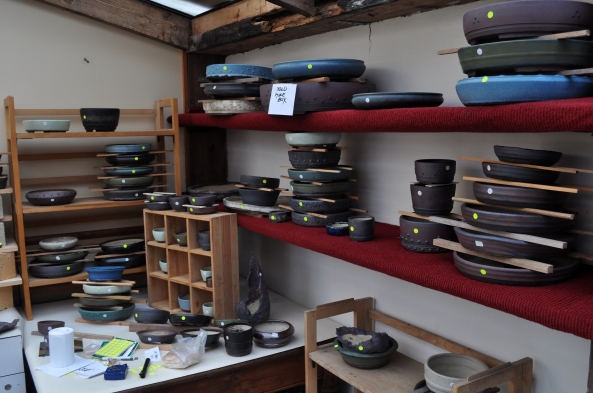 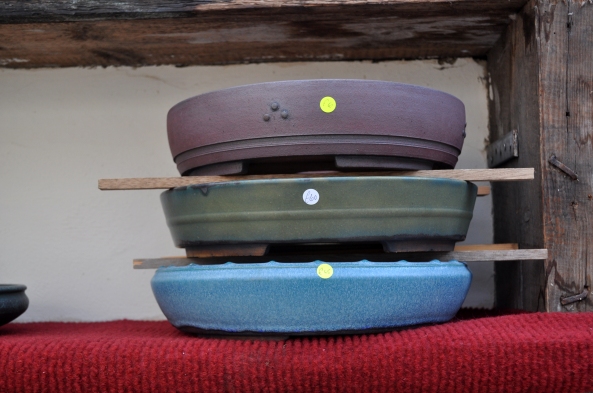 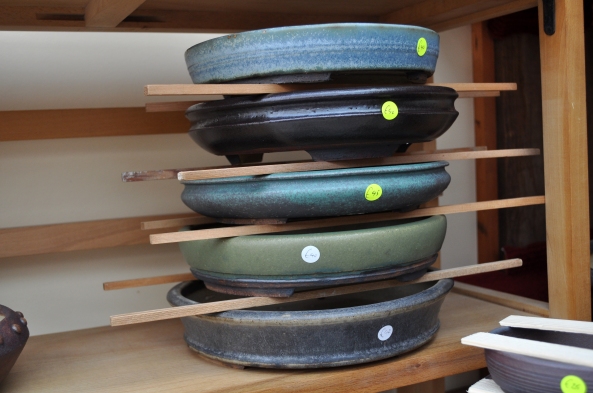 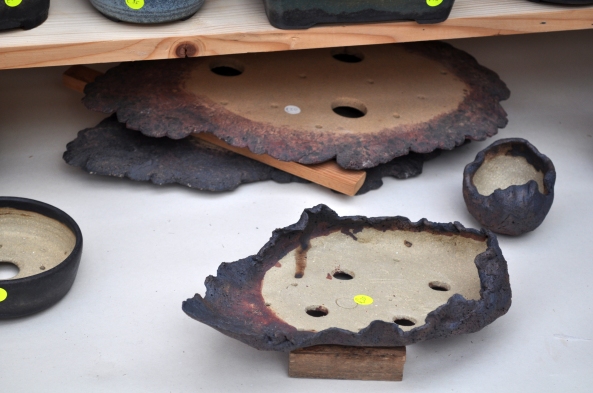 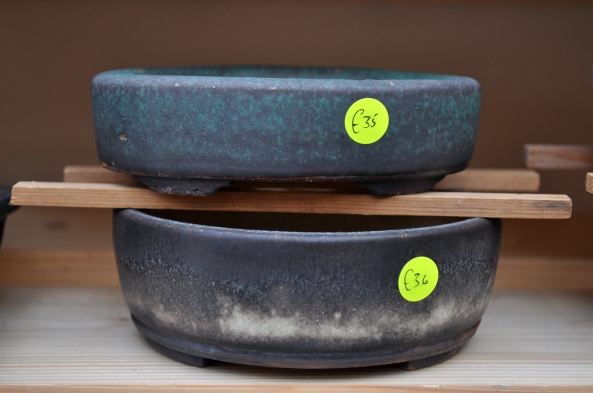 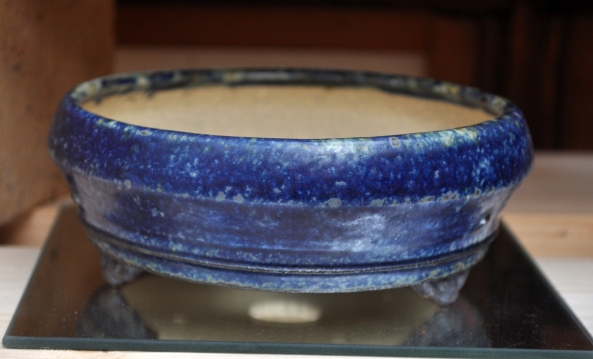