What else would you do on a Saturday night when the wives are at work 🙂 Phil and I got together to repot our jointly owned Elm Forest. The full history of this so far can be viewed HERE

Not a pot as such, we have opted for a slab. This slab was kindly donated to me via Paul Bowerbank from the Swindon Bonsai Society. It was a bit of a struggle to get it to me! The postman would have had a hernia!! Paul knew I was attending the BSA 2012 Exhibition at Willowbog Bonsai and he bribed Bob Bailey to bring it up for me. They must be good friends, I would have refused 😀 Bob did me proud and I was able to collect it at Willowbog. This is the slab with the marking of where we felt the planting would be a best fit. We needed to reduce the overall size of the slab a little to allow for a better fit and also to be more manageable. Here you can see that Phil took a angle grinder to it to get the right shape. Its’s a total coincidence that it looks like the outline of Africa! 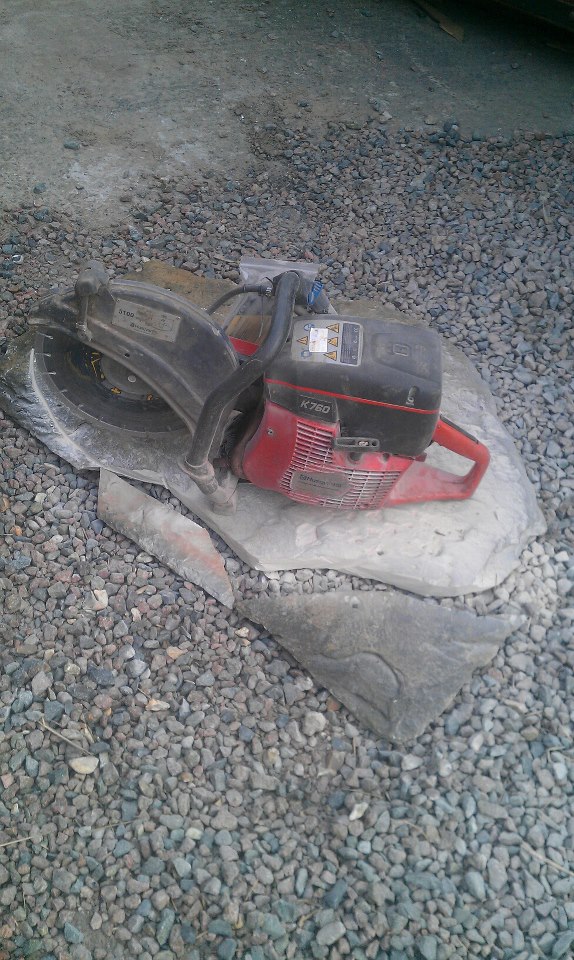 We set about preparing it for the elms to be transferred over to it.

Here is a gallery of our steps over the 3 hours required to get it completed.

A little mix added to help raise the centre

Phil has his own ways of doing things!

up and over onto slab

some positioning of trees required 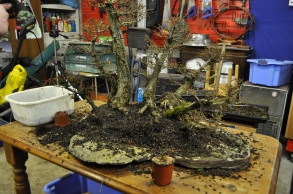 thought given to adding cotoneasters as part of the landscape 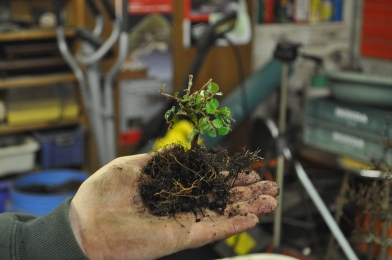 preperation of mud mix to hold otter edge in place

some lichen added for colour

Rolf Harris, ‘Can you tell what it is yet?’ 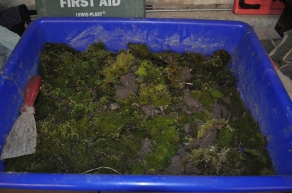 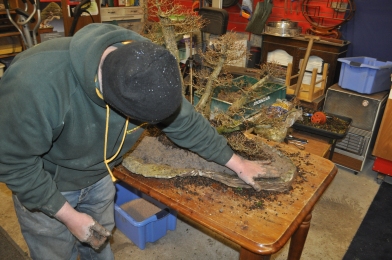 now for the moss

mossed up and ready for photos

a spray of water for the moss

take a walk in the forest

hope you enjoyed our efforts

It’s a two person lift nd will take up a lot of room in the garden, but it’s a great group to see in the flesh. Photo as usual, don’t do it justice. It will be a long time before this needs moved again. It is a vigorous grower and needs a lot of attention but that’s why it has developed so fast. Not bad for field grown cuttings started 12 years ago.