I was asked to work on this Korean Hornbeam and on Wednesday I managed to grab a few hours to get it wired. As is common with hornbeam, many branches had crossed or where curling inward. This was a reset for the tree to get structure back on track. 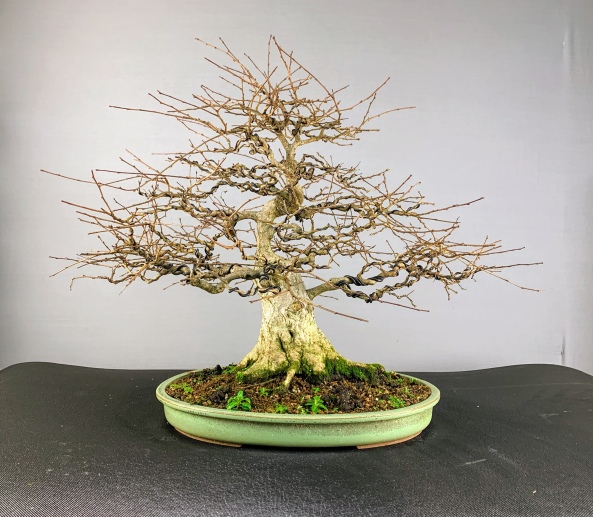 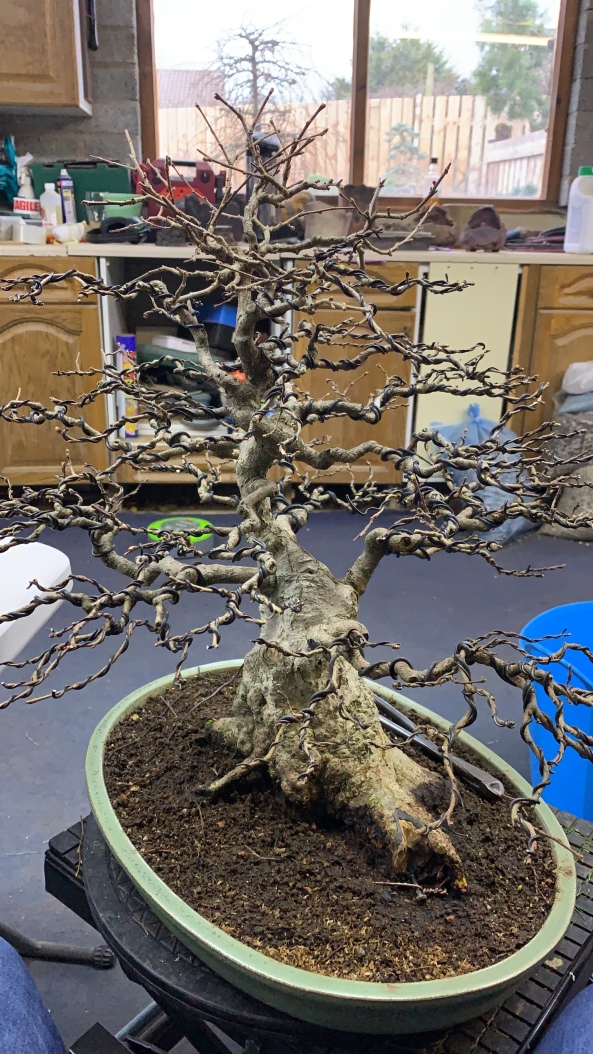 A little hornbeam brought to me this week for a reset. Branch structure cleaned up and wired.

My Korean Hornbeam showing the change from Autumn into Winter.

And in Winter image after dewiring. 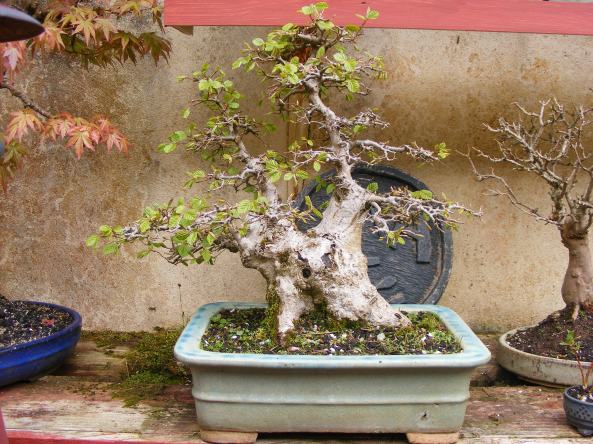 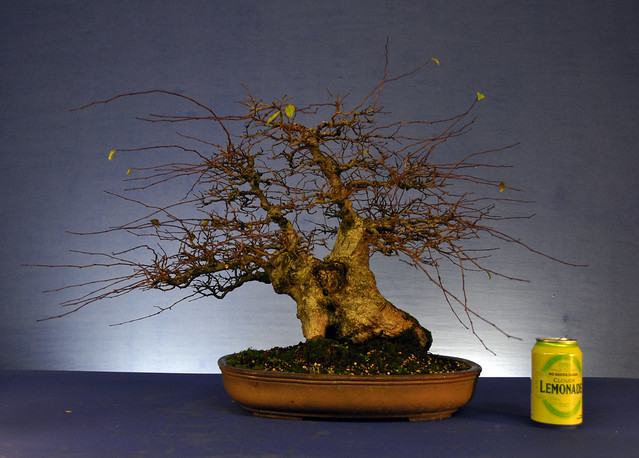 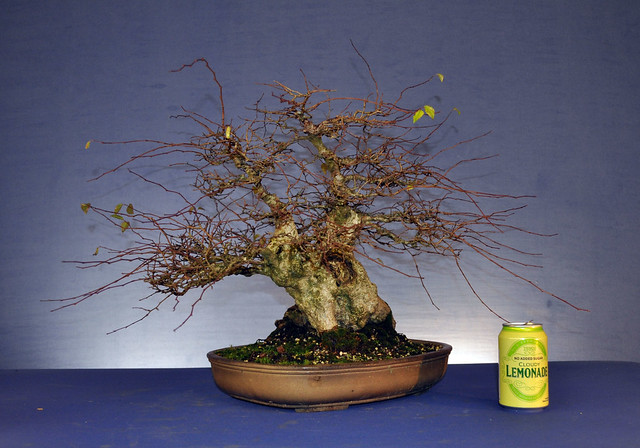 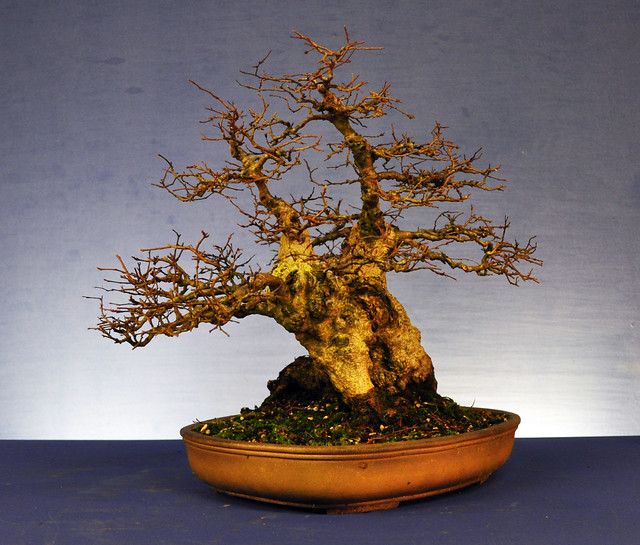 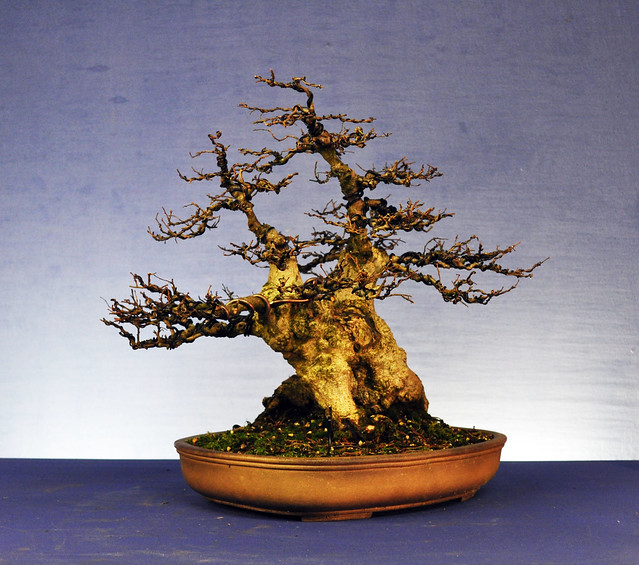 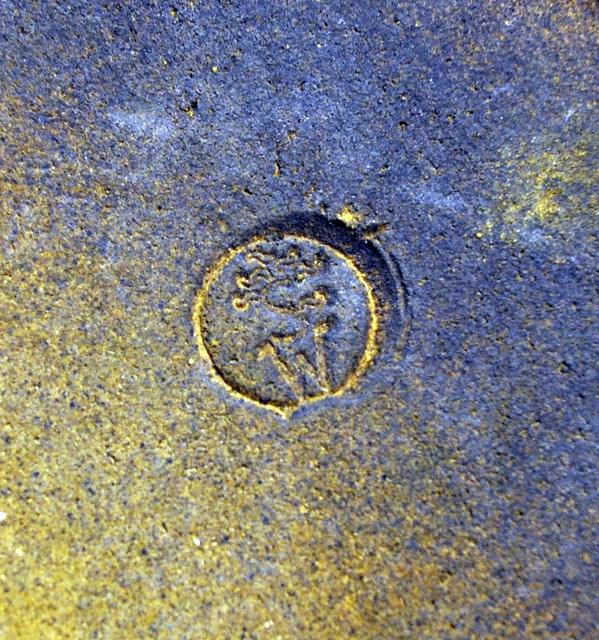 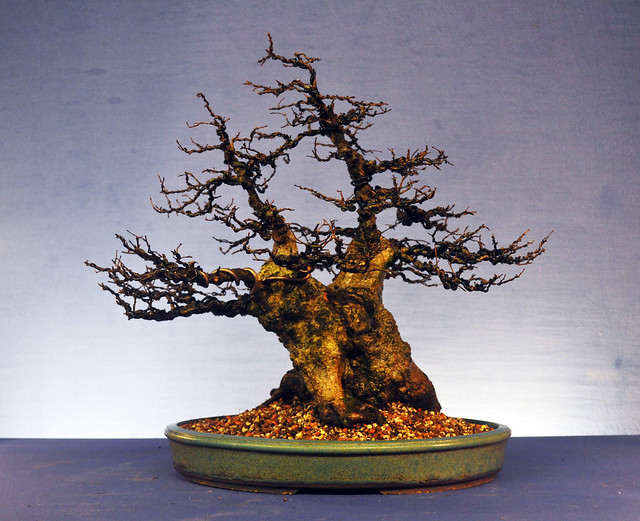 My Korean Hornbeam was very slow to drop leaves this Autumn. This was it on the 15th November!

This was it this weekend just past it’s best colour.

After a clean up for Winter. 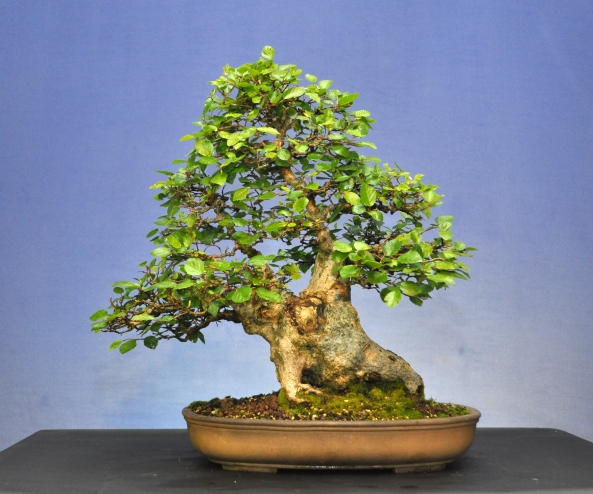 Stephen, Ben and Michael came to my home on Saturday to do a little repotting. I was doing a few trees of my own and it’s good to have company, advice and extra hands available.

Stephen brought two trees with him, an Alder, and a Korean Hornbeam. 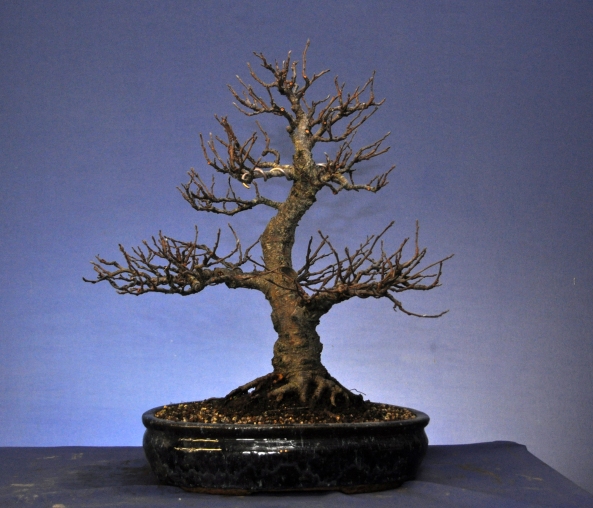 and after, what a difference a pot makes

and his Hornbeam before

And after, again, pots make a big difference! 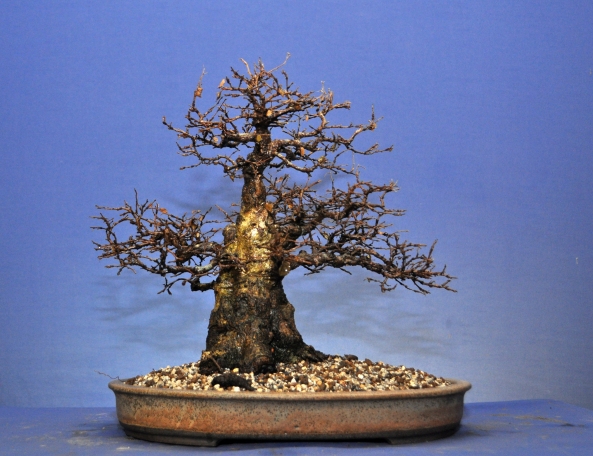 Another one from Valerie’s collection, this time it’s a Korean Hornbeam that has great ramification but was in need of some structural pruning. 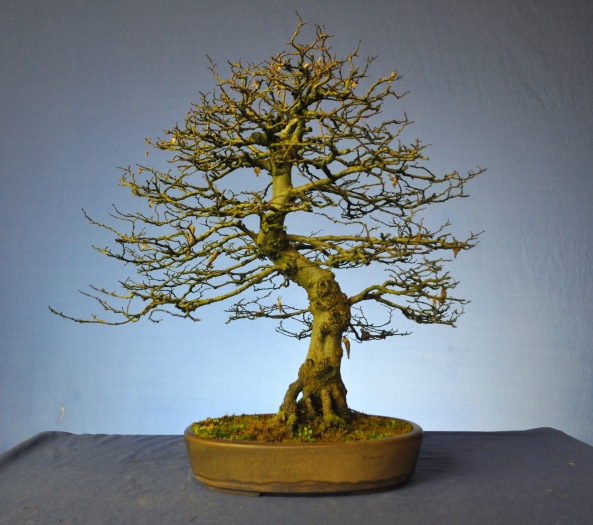 This is it thinned out a bit. Needs a few branches wired to get things into position. 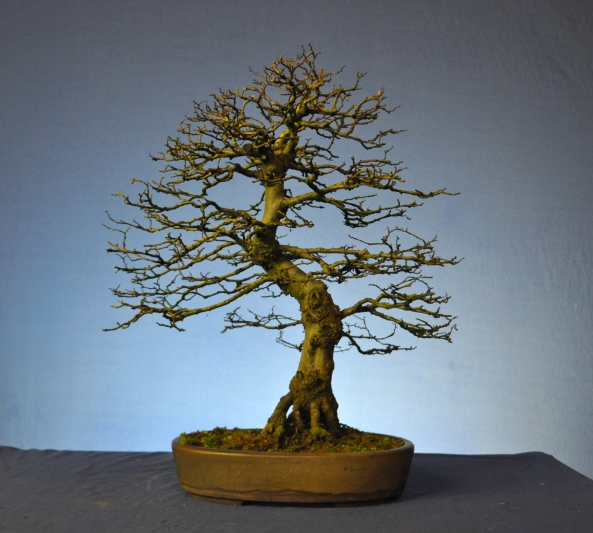 Before, again all new growth post show on 21st July

Hawthorn before. The ramification on this one has doubled this year with numerous maintenance done this growing season. 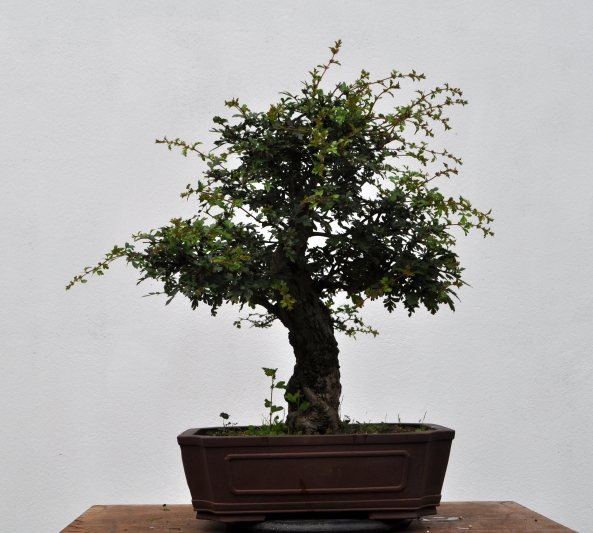 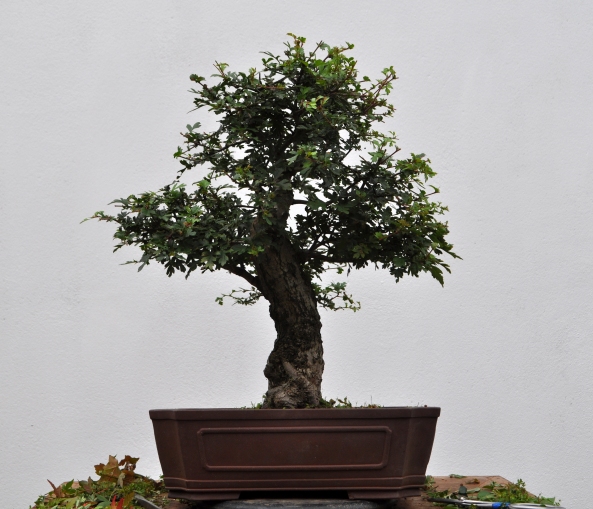 Stephen’s Hornbeam getting a trim last weekend. This one used to be mine, kinda wish I had held onto it now 🙂 And yes, it’s going into a more appropriate pot in the Spring. 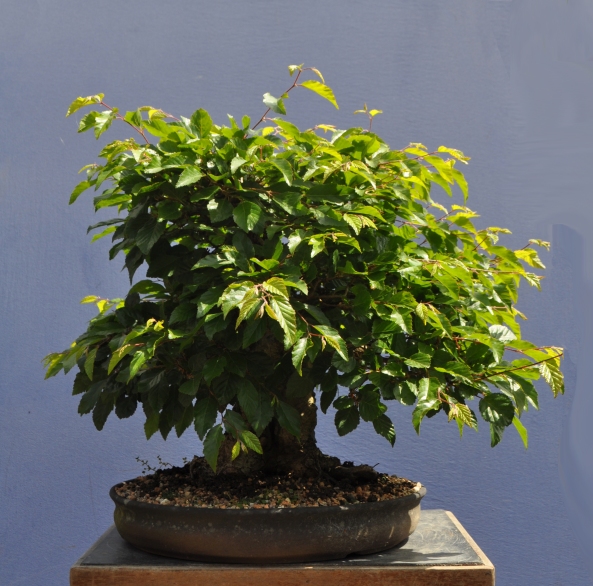 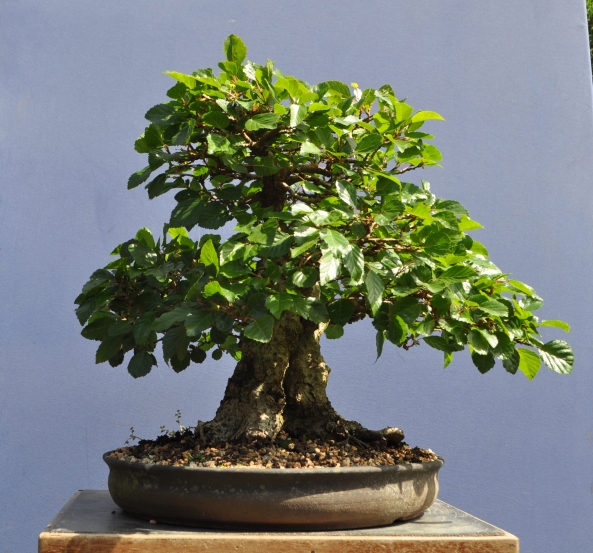 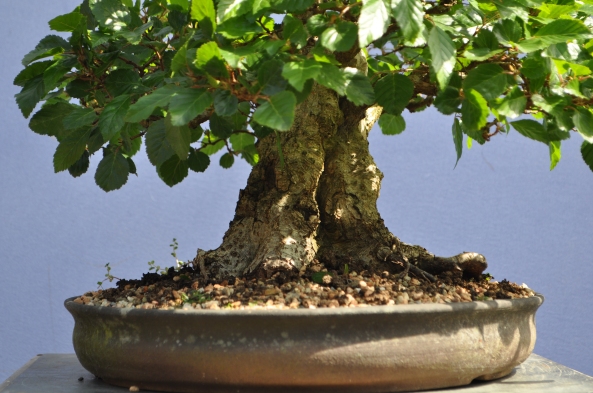