Originally posted on Bonsai & Yamadori from Tony Tickle:
Here are a few Kusamono and Hostas today

It’s that time of year when I get a few extra trees in my garden! I’m looking after 3 collections at the minute while friends are on holiday. It adds to the watering time but I must admit that I like looking at something different for a while too. Main problem is space but as long as the hose reaches, Ill cope 🙂

Here are some that arrived this week.

I’ll take a few photos when I get a chance, some haven’t been seen before and are rather interesting 😉

These ones below belong to Ben, and we had the chance to photograph them already.

And a very tasty Dissectum Japanese Maple with some beautiful leaf colour this year. 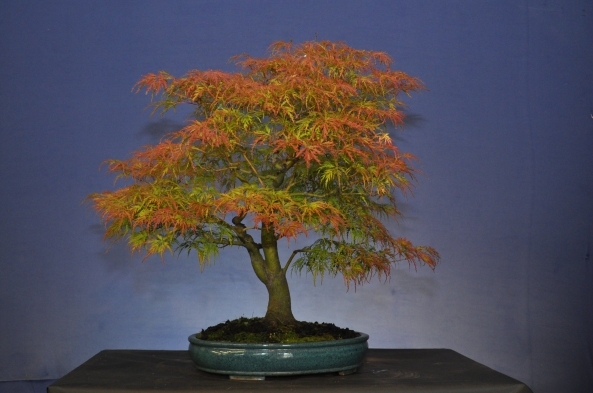 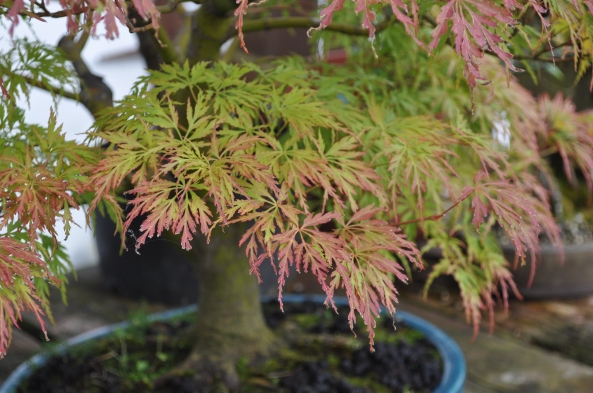 More to follow when I manage to get the camera out again.

So by the summer of 2012, largely following my own instincts, my blauws juniper had progressed to look as it does in the first picture

I bought this tree with the intention of using it to improve my skills. I had no grand plan in my head for its final appearance and was happy to take in as much advice as I could get.

In September and October 2012, I was given the opportunity to participate in 2 weekend wiring workshops conducted by UK bonsai professional and Noelander’s Trophy winner Steve Tolley, so I took this tree along.

Steve felt that the large lower right branch was a feature better suited to a tree with a broader trunk base than mine had and recommended it’s removal. I agreed to this, so that branch was removed. The next picture shows Steve carrying out the final placement of the branches on the final afternoon…