This Maple has been on a bit of a journey with me. I exhibited it in the BSA Show back in 2012 but soon after it was the victim of an insect attack and I lost about 6 branches including the full apex. Check out the links for the story.

Two years later and things are progressing nicely. This year saw extremely vigorous growth yet again, indeed, I needed to defoliate and remove all those branches that had gotten away on me. It’s a bit of a balancing act trying to keep the finer ramification on some branches while developing a new apex and healing over major wounds.

This is the maple before the work. I have already removed extension growth over a month ago and removed half of the otter leaves but as you can see, it’s still dense. 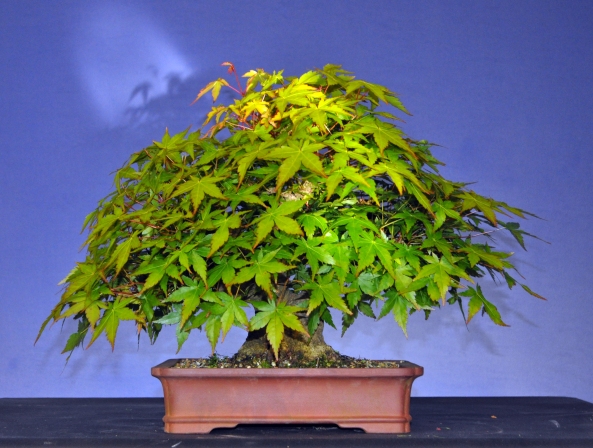 This two wounds at the back of the tree. One had been filled with cement many years ago, probably in Japan, the other has gotten progressively worse and is now in need of work before the whole centre of the tree rots. I opened up the edges of both wounds to help promote new callusing and try and get the wounds to heal over totally over the next few years. The new hole will be filled in and then sealed. 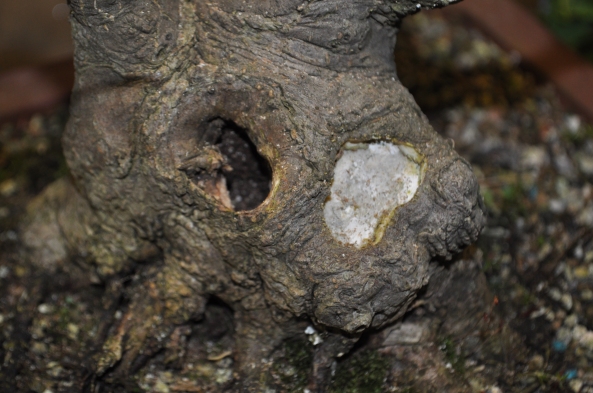 Other wounds from the removal of dead branches also received a little work to promote healing. 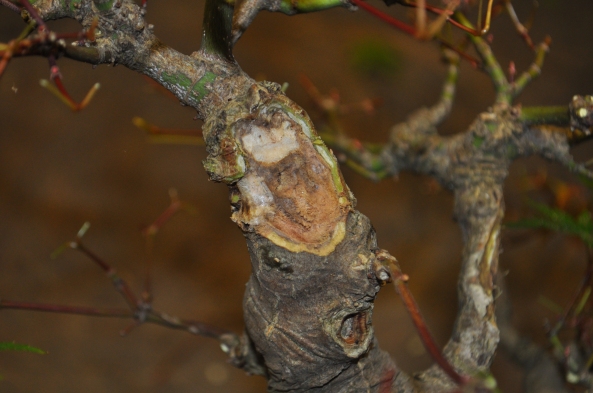 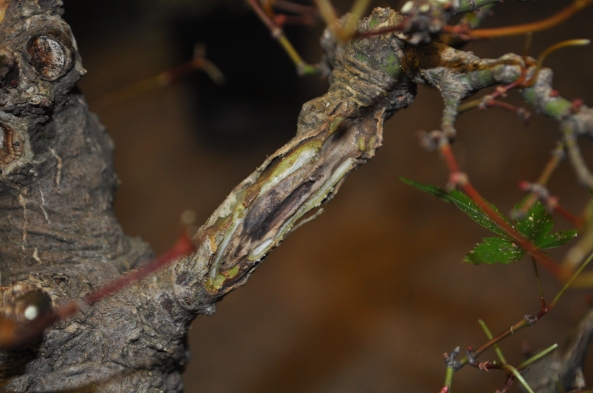 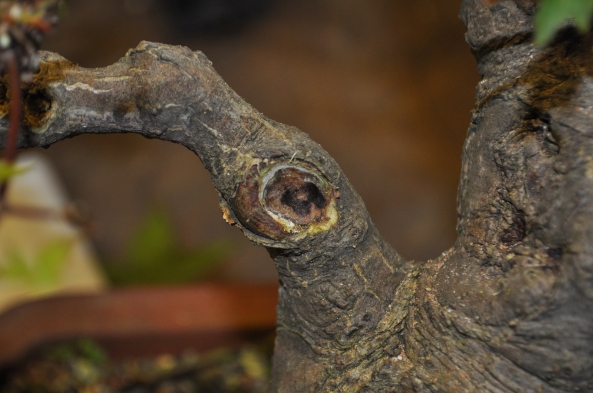 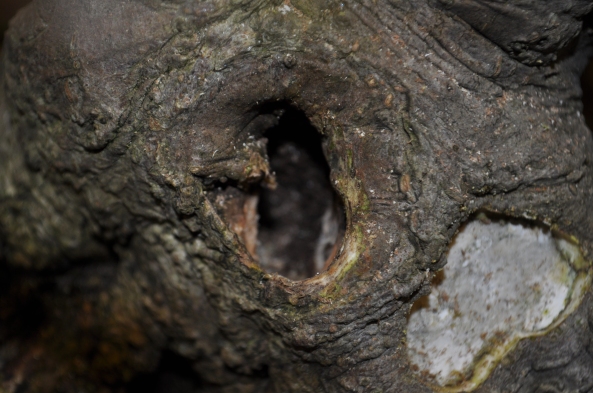 The wound filled and sealed with cut paste. 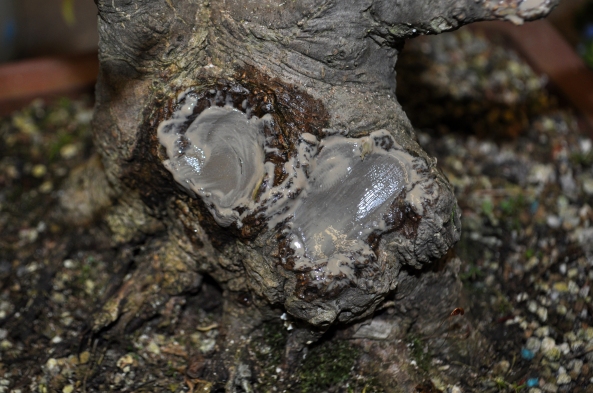 The top wound resealed. The straight apex shown below will be removed and regrown. At the moment it is helping heal over the larger wound at the top by drawing sap to that area. 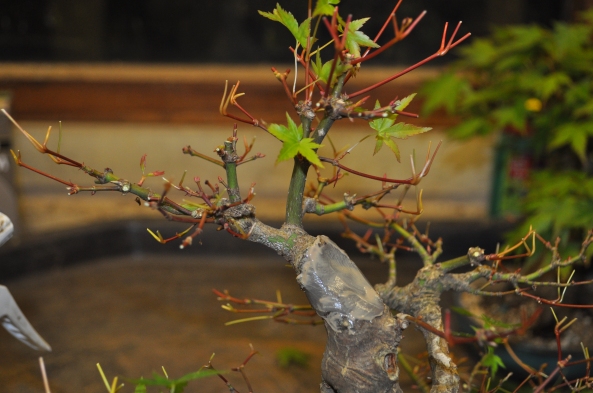 A way to go yet but slowly we are getting back to where it should be. 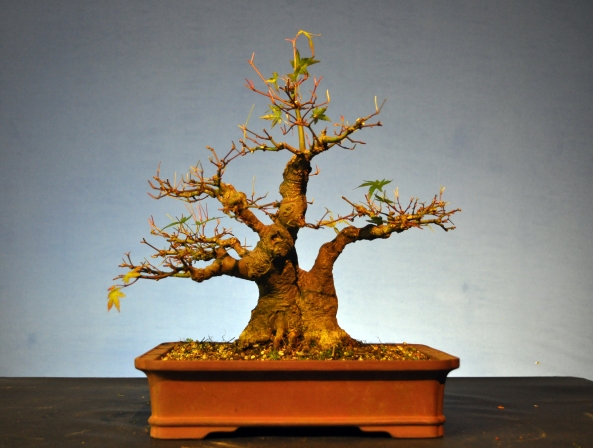