On our arrival at Willowbog we sought out the boss to let them know we had arrived. As we couldn’t find Jean, we had to make do with Peter Snart 🙂

The Friday workshop was coming to an end with a few members already away but the die-hards with four wheel drive were still there finishing off their session with Ryan Neil. I didn’t want to be in everyone’s faces with a camera but did manage a few shots of how things had gone on the day.

A general shot of what greeted us at the door. Phil the fingers strikes again! 🙂 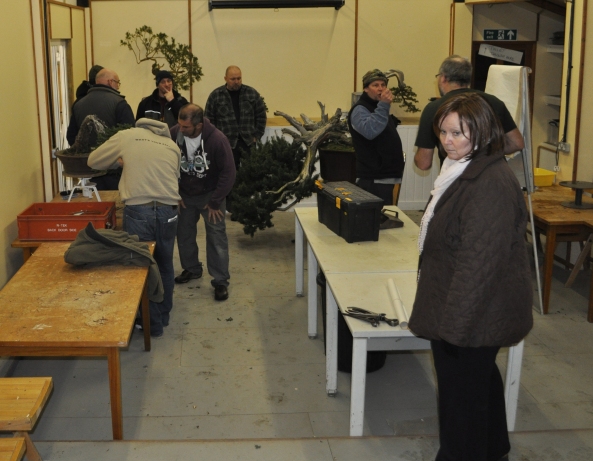 Peter greets us and looks like he’s had a hard day on the digger clearing the snow. Must be nerve racking worrying about a big event being cancelled due to the weather! Ben seeks revenge on Phil for a long long van ride 🙂 The demo tree for Saturday can be seen in shot, already lifted into place. 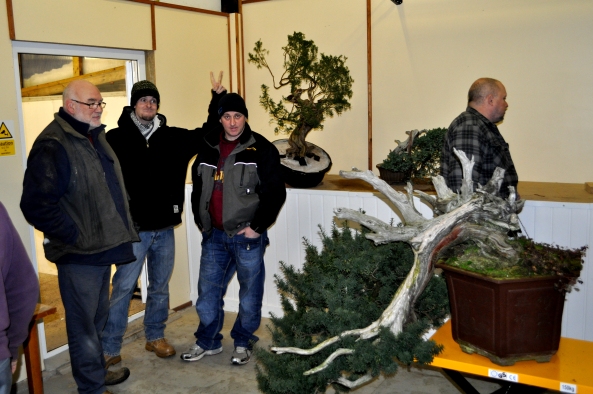 We had a quick look at some of the trees that had been worked on during the Thursday and Friday workshops. Some impressive trees. 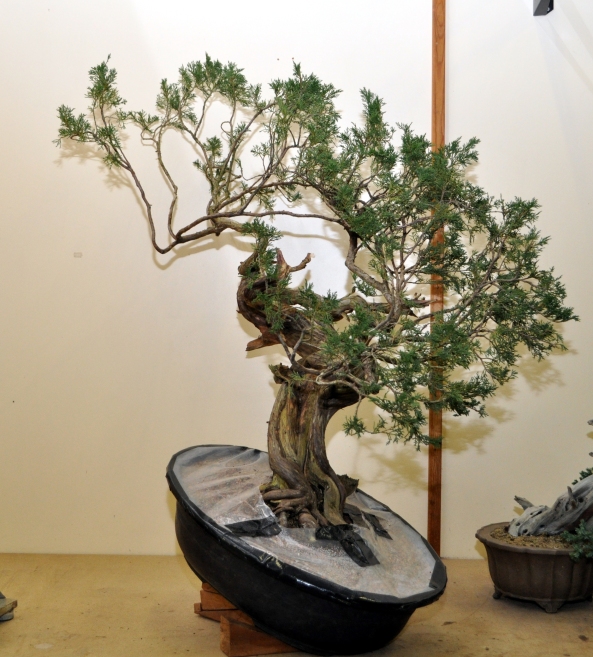 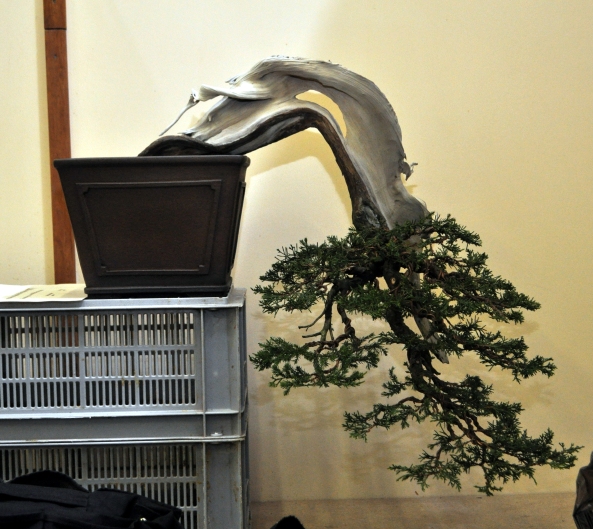 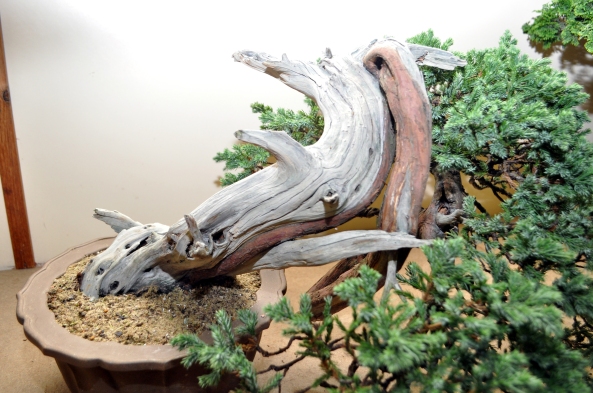 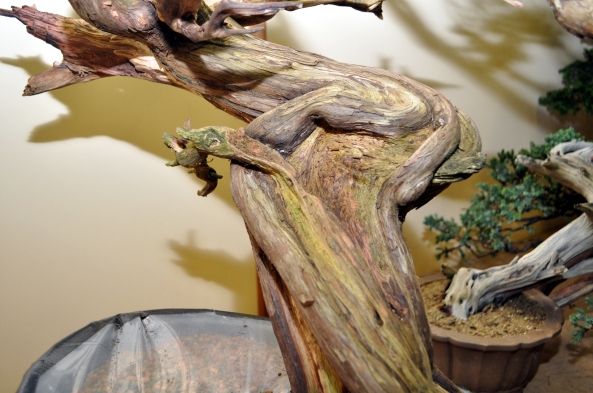 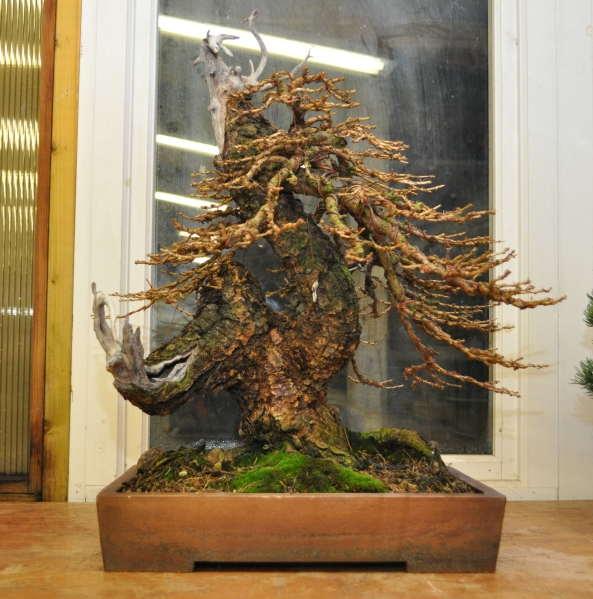 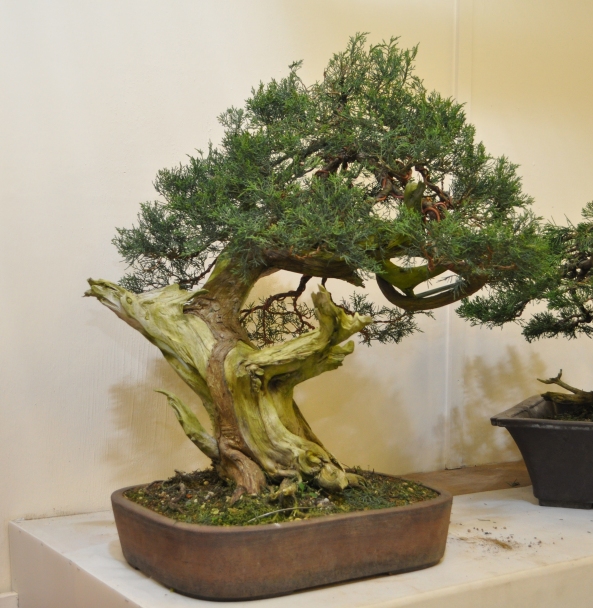 As soon as the workshop cleared we got to work to help Peter set up the demo area for the following day. Work for your supper if you like. Peter was putting the three of us up and we were keen to help out as staff as much as possible during our stay.

Peter’s big Yew wheeled into place and ready to go.

Dave Jones of Walsall Ceramics was also staying and had a great stand ready of any sales.

Ok, ready to start adding my photos from the weekend.  Spent a good bit of time today recovering, but also thinking about what I saw and heard this past weekend. I have been sorting out my photos and trying to decide the best way to add them here. I have opted for a chronological order but with one or two aspects left out, but to be mentioned later. It’ll take a few days to get them all together so keep stopping by for a look. It will be photo heavy as usual. With bonsai, photos always say more.

First up is the road trip. Phil Ben and I set out early on Friday morning for what proved to  be a challenge in getting to Willowbog Bonsai. The ferry crossing was straightforward but as we approached  our destination the snowy conditions steadily got worse. Along the road I managed to snap a few photos of interesting landscape features and trees. here is a gallery showing a step by step of the journey. 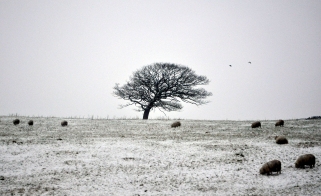 One of many interesting trees in the landscape 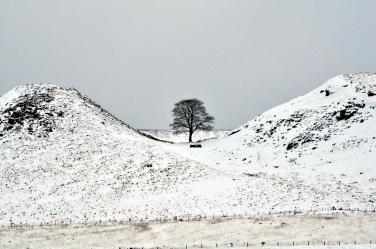 The movie tree from Robin Hood Prince of Thieves.

A stand of Scotties

Hadrians wall under the snow somewhere 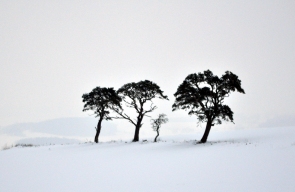 Roads get harder to drive on 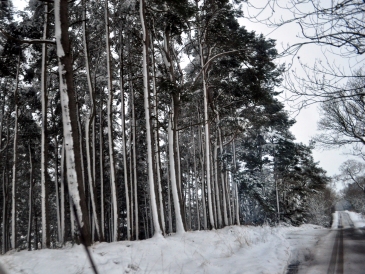 last stretch is by far the worst.

Willowbog Farm sighted from the road with the workshop lights blazing.