I was lucky to have access to a great collection of Ian Baillie pots at a club event this weekend past and I got my hands on some great pots. Sunday saw me repotting a few trees. Here are the results…

A dwarf Willow with a nice heavy base. This is it’s first time in a small pot and is in the first steps of styling this year. Tree is roughly 10cm tall.

A great pot with stunning detail.

This was the old pot and tree as acquired back in June last year.

A root over rock Rose. We had fun selecting a pot for this one. It’s a touch large as it sits but should make a stunning image when it produces pink flowers this year.

This was it before and in flower last year.

And a root over rock Cotoneaster in a new shallow pot adding to the drama .

and here in the old pot last September. 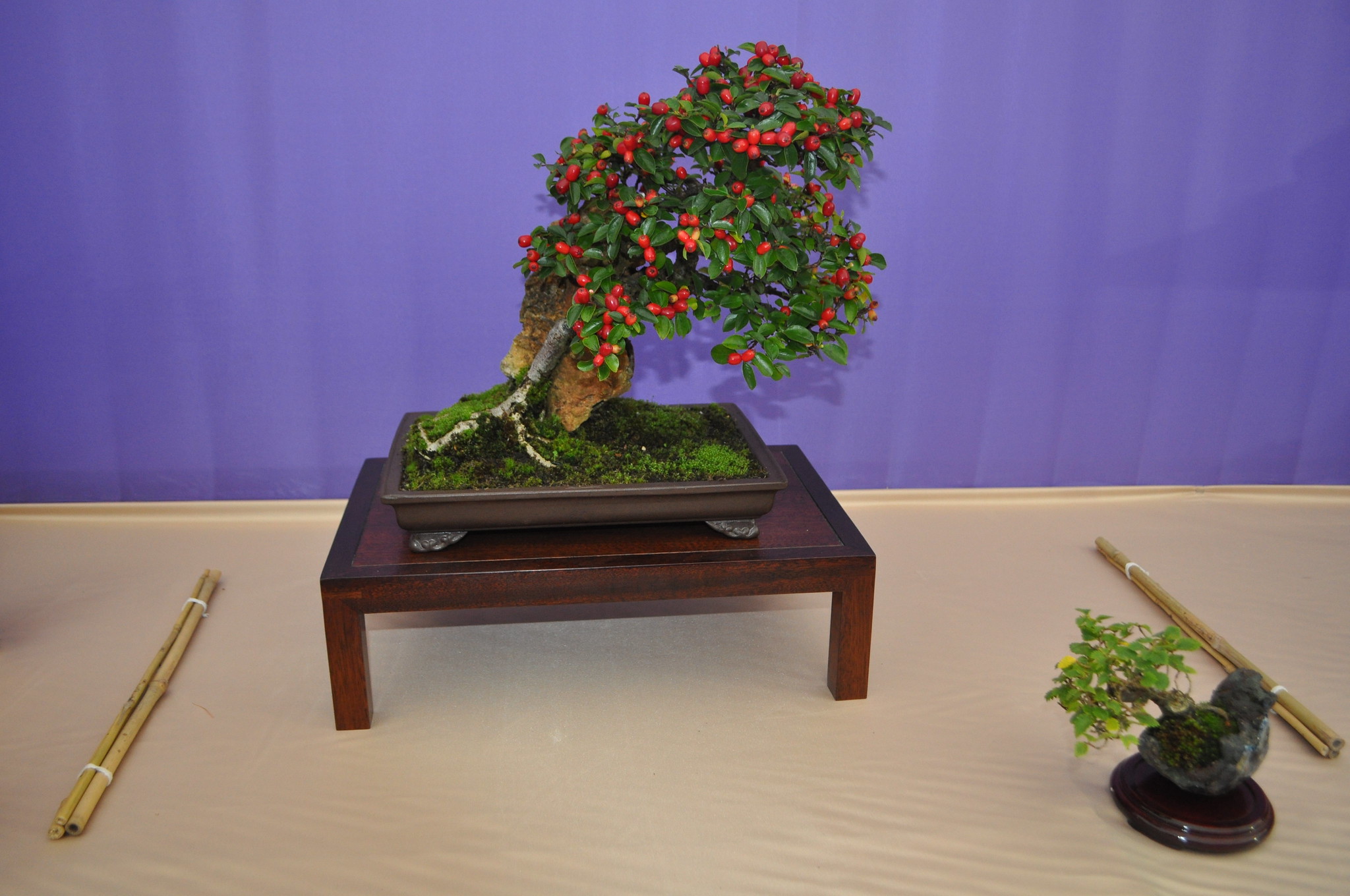 I decided to repot my little dwarf Willow. The training pot it was in was too big and also has a chip in it.

Out of the pot

I lifted this little willow out of the grit tray for trimming. I think a better pot next year might be in order 🙂

Before a light trim.

and after with the other side selected as a better front.

I was given this lump of Tufa by Josh about a year ago. We had been talking about rock plantings and I mentioned that I’d been looking for a weathered piece of tufa but could never find a suitable one. He said, ‘Hold on a minute’, disappeared around the side of the garage and came back with this in his hand. It was already mossing up nicely and has gotten better in the last year.

I’m not planning anything too fancy with it. I just wanted a natural lump of stone with a few odd bits and pieces clinging to the rock face so to speak. I have added a few cotoneasters, an elm, a hawthorn, a creeping willow and a flowering current! With the flowering plants and different types of foliage it should make an interesting object to look at in a few years time. It’s still very early days. The cascade cotoneaster isn’t right and will probably be replaced once I find a suitable replacement. Everything else needs to mature.

The Elm clinging to the rock

The flowering current, not the usual one you see in gardens I might add, this is a climbing one that with some leaf removal and pruning in the next few years will make a nice splash of colour on the rock.

A dwarf willow that will climb down the back of the rock and create a very nice image on a bare uninteresting part of the rock. I have seen this used before by Stephen, aka bonsai baker to great effect.

The moss is delightful 🙂

I keep it under a bench in the shade to encourage the moss and keep it moist. Ideally I would like another smaller piece of tufa to add to the finished image by making it look like two islands sitting in a water suiban. Aiming for something like this 🙂