Here is the previous post on this one…and here is the update!
It was dug in March and root pruned: 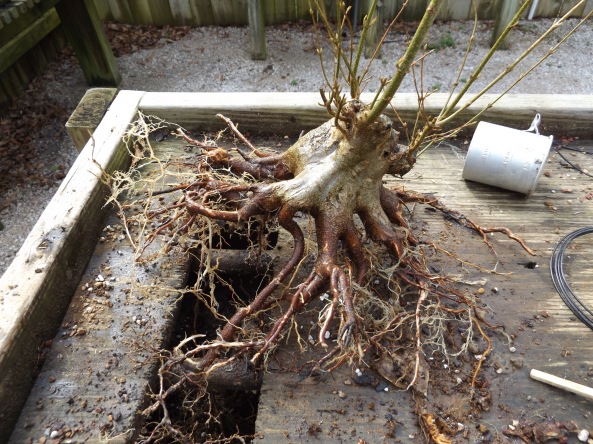 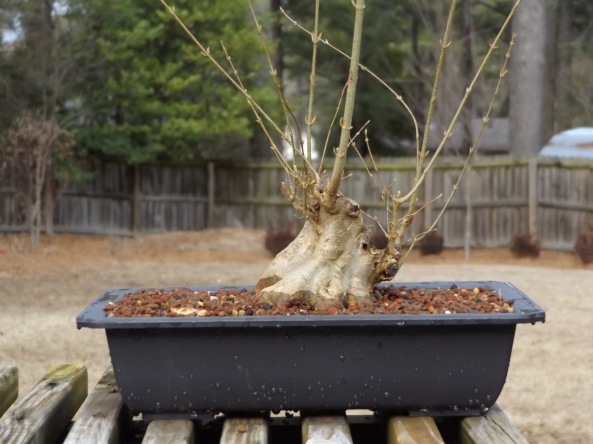 Then some tidying up…
Reopening the callus to keep the cambium moving. Maybe this cut will close in my lifetime…?

This little hole in the back had a softer center; and a chopstick routed it out quickly…down into the soil under the trunk. I used some epoxy putty to fill the hole, and will scuff the bark to expose cambium and get it to crawl across the putty. 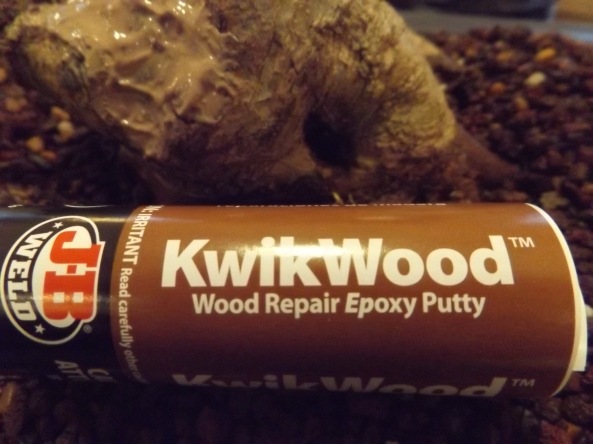 A little selection pruning, then waiting until the first shoots begin to lignify!

Growing out in Spring: 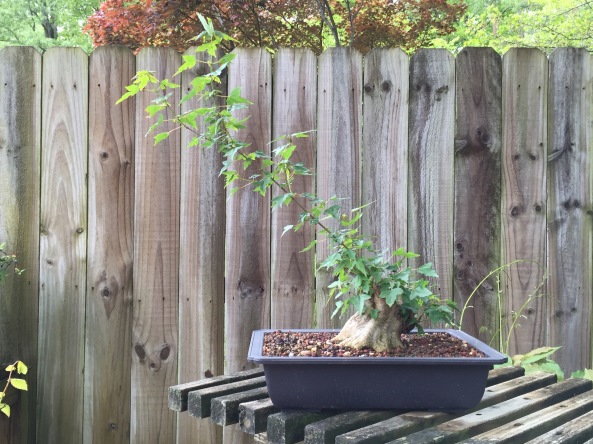 It was pinched back in May and then allowed to grow on.
June. Time to defoliate and put a little movement in primary branches: 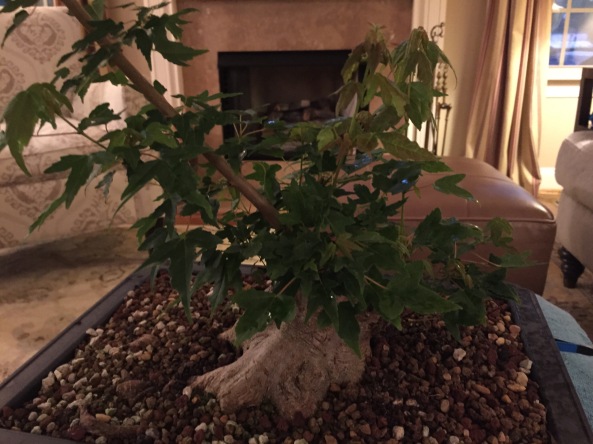 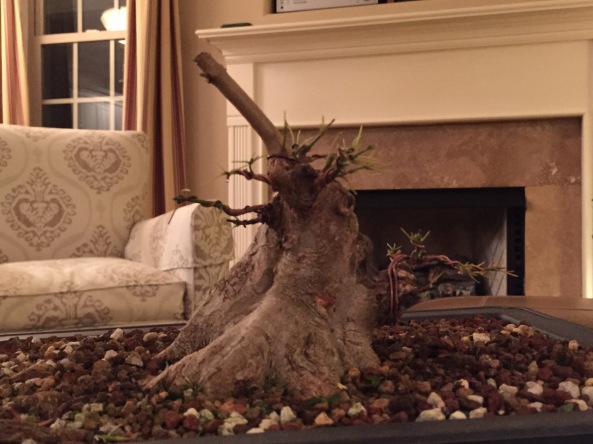 The shortened sacrifice leader will be removed when new growth resumes below it.