Last month, Bjorn spent a day in Birmingham and we wired out a shimpaku I bought in 2013. During Bjorn’s last visit in March, 2014, we discussed a plan of attack for this tree; repot into good soil first, grow it hard , and when runners are appearing, prune it back to remove thin, weak growth, long runners, and remove growth appearing straight up and straight down.
As Don received in in 2009:

The tree in early 2010 in a private collection in OK:

The tree after being wired out by Maro Invernizzi in 2010:

Back in Don Blackmond’s nursery in 2013:

In Birmingham; as purchased December 2013: 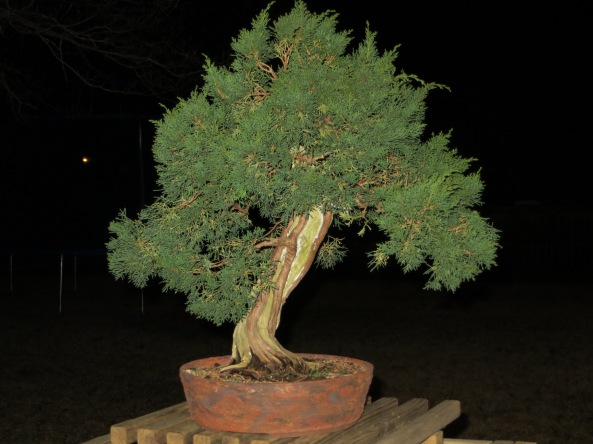 March 2014. After removing wires applied in 2010, cleaning the wood preservative off the dead wood, cleaning the live vein, removing the awkward lower left branch, and potting into a mix of akadama and lava rock, into a current generation Yamaaki pot: