The 89th Kokufu Bonsai Exhibition is being held in two parts this year in order to display more bonsai in an area which is slightly smaller than in previous years. Part 1, February 5-8, 2015 and Part 2, February 10-13 2015. 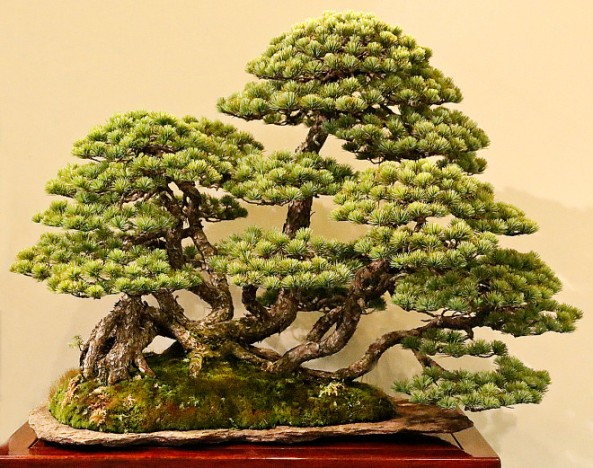 Japanese five-needle pine, Pinus parviflora
Sinuous style, all root connected
Part 1 of the exhibition is excellent, lots of good trees. Even for me, a bit of…