10/01/2015 we had our first workshop in this year. As usually very busy and progressive day. The main topic was re-potting so we have good chat about it. Then Ian and Phill did some critique on ours trees, and finally we become to do some work on ours trees. Here we have some pictures. 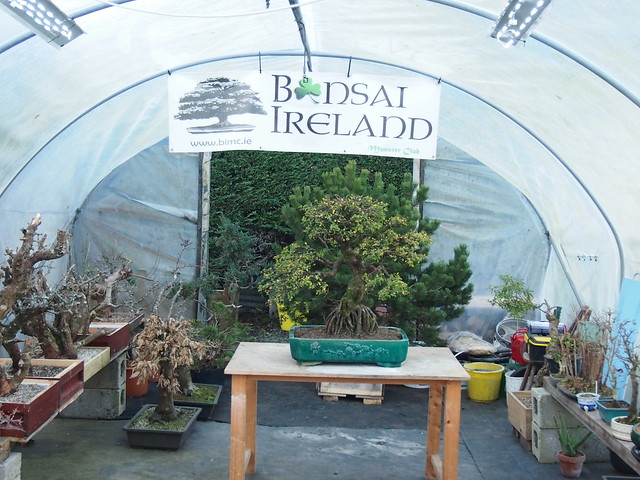 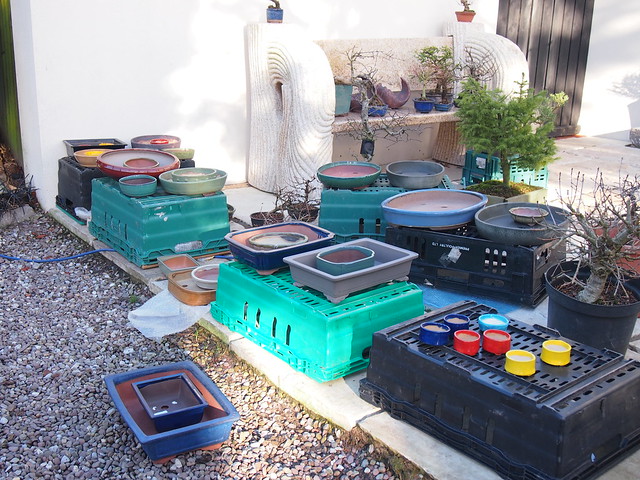 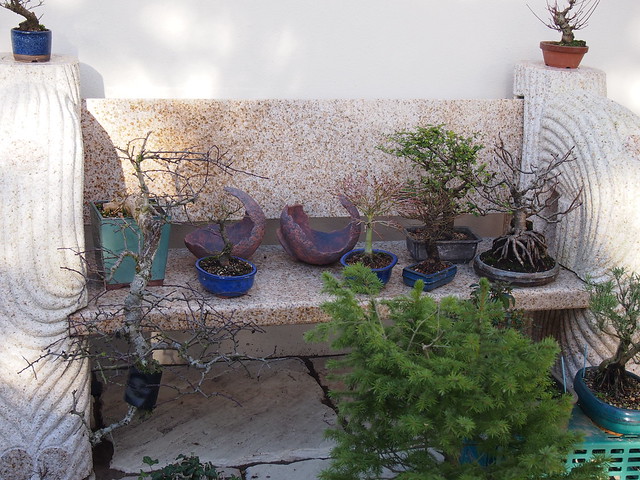 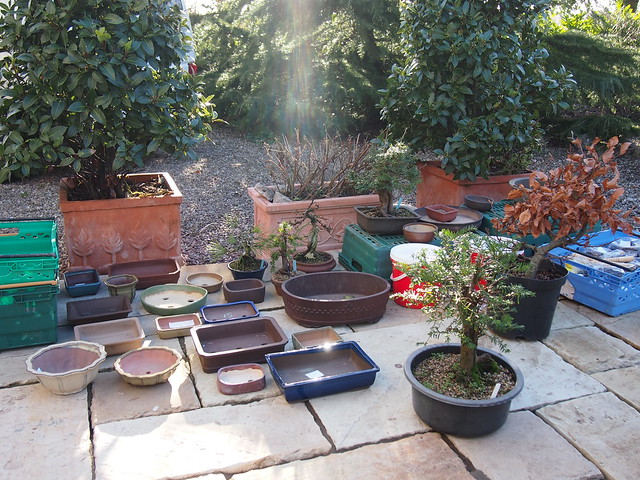 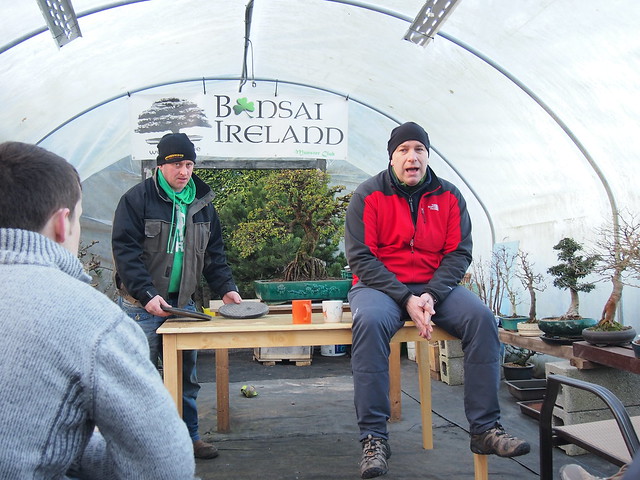 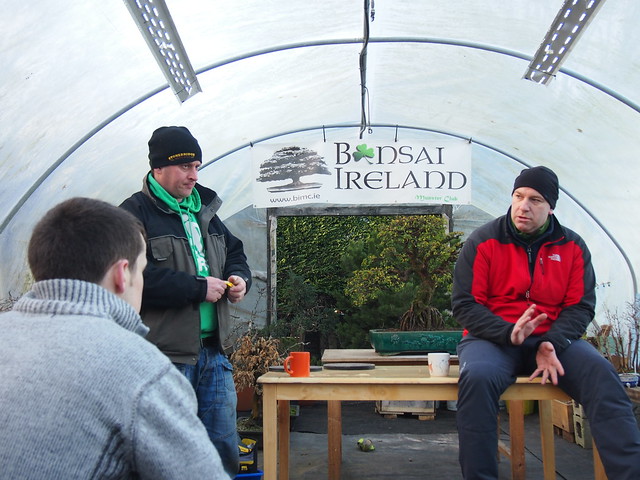 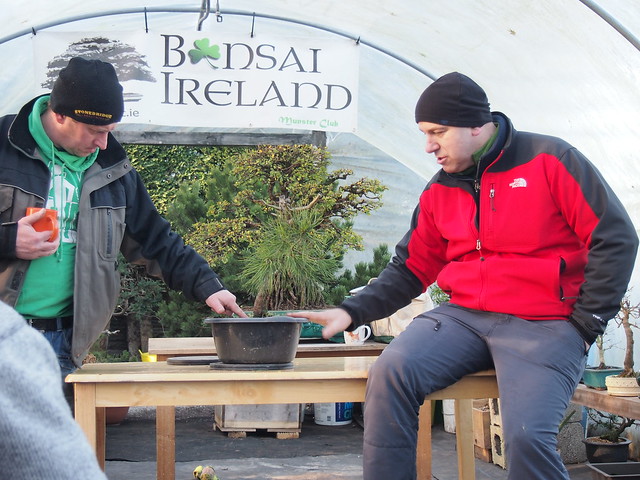 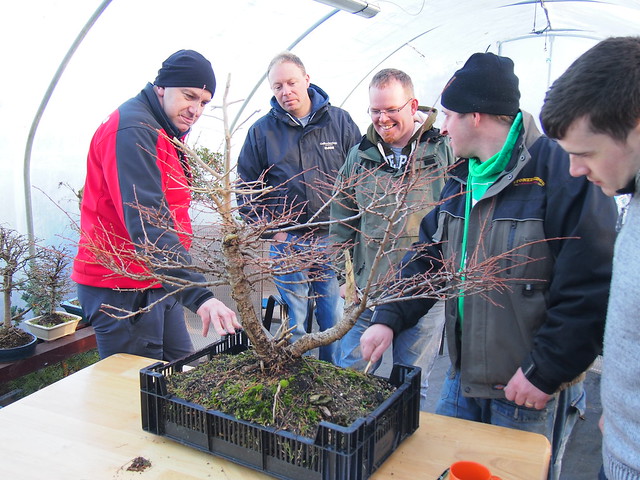 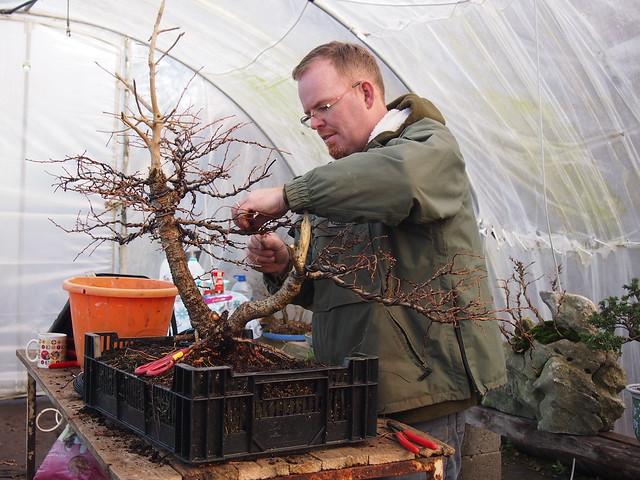 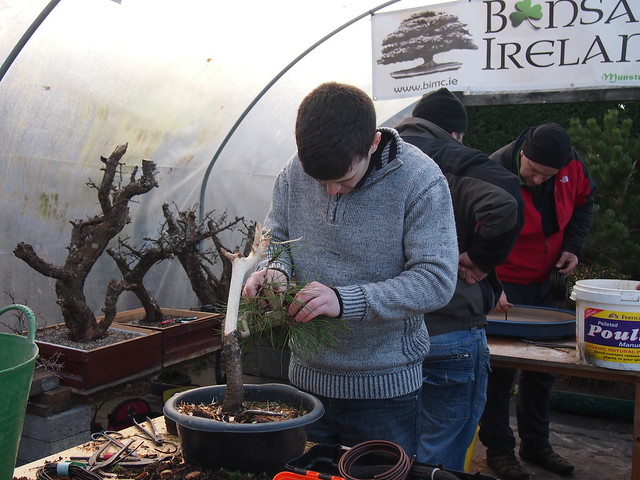 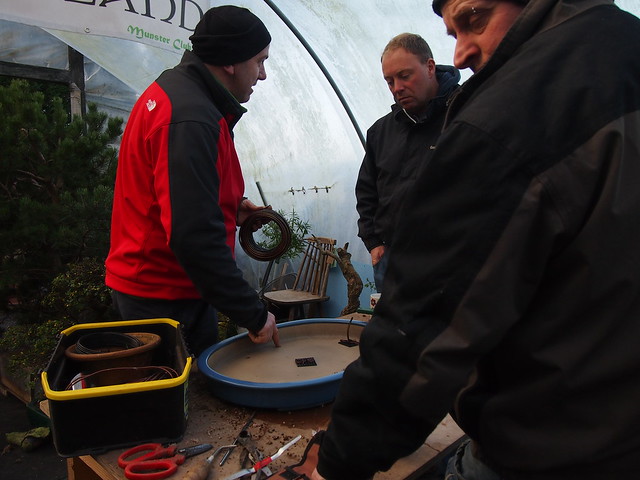 Mark and Ian are preparing pot for Mark’s Chinese elm 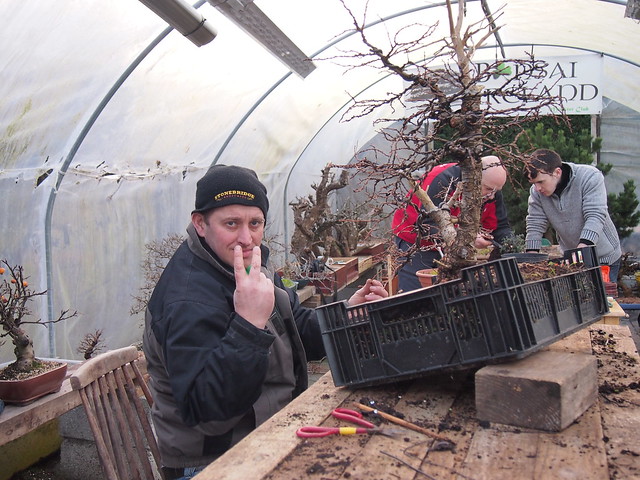 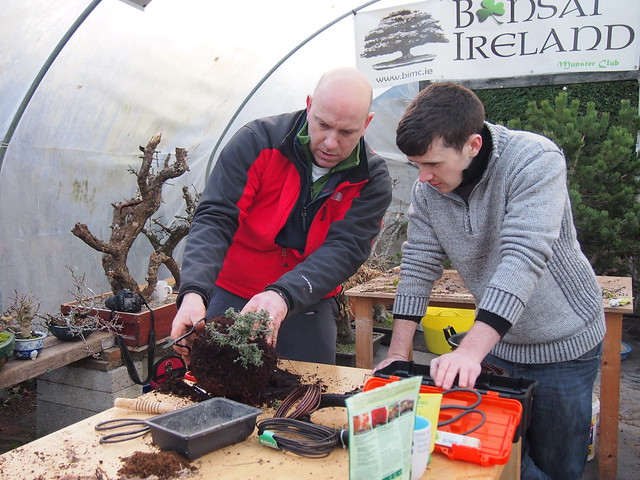 Kieran and Ian are working on Kieran’s small cotoneaster 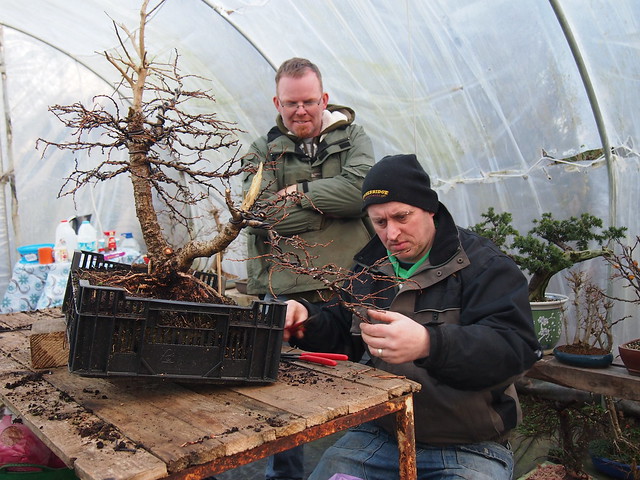 Ray and Phill still on the same larch 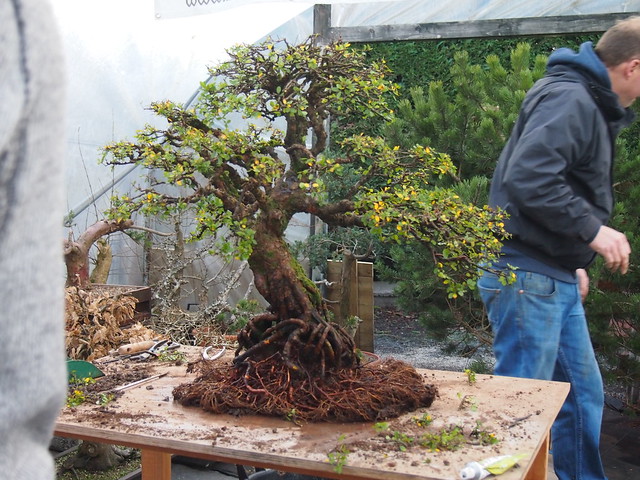 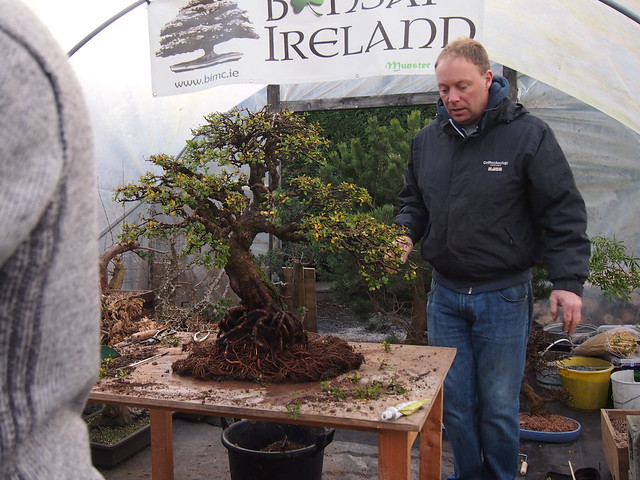 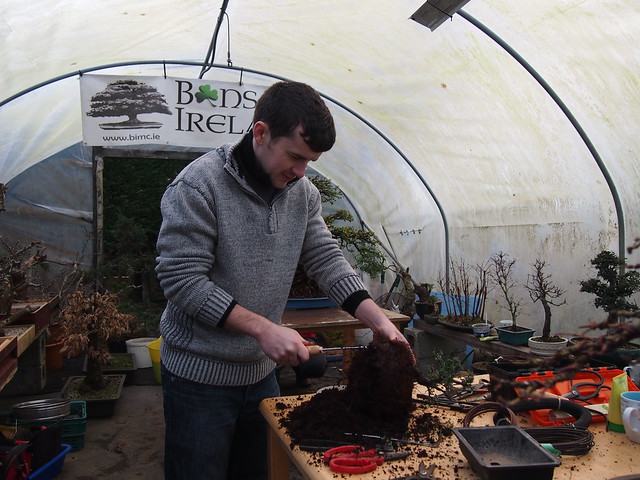 Kieran is wracking his cotoneaster 🙂 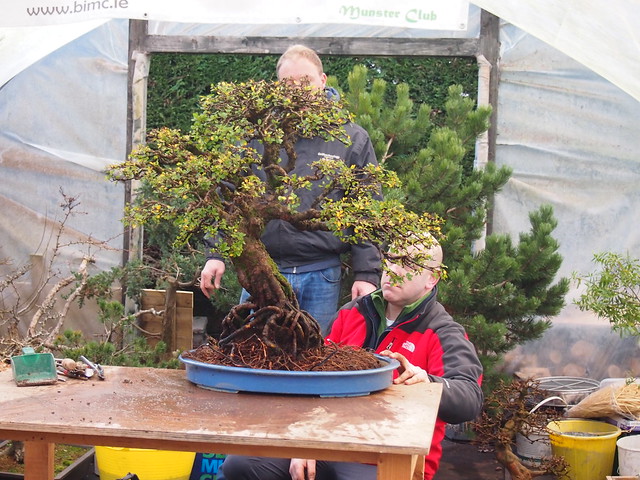 All happy faces at the end of the day