A while back three collected tosho which had been grafted with itogawa shimpaku foliage came to the nursery. They came from a nursery not too far from here but, they had been commission grafted by Iura-San some time ago.

They were sold as a group, at one price. They were only bought to sell as business tree’s to buy, style and sell quickly.

All three tree’s were raw and it was a first styling they had since being grafted.

Two of the tree’s were chunky and were pretty much just a case of bring branches down and make pads. I did these first but, haven’t posted about them.

The third tree was of the least value being a more skinny bunjin. 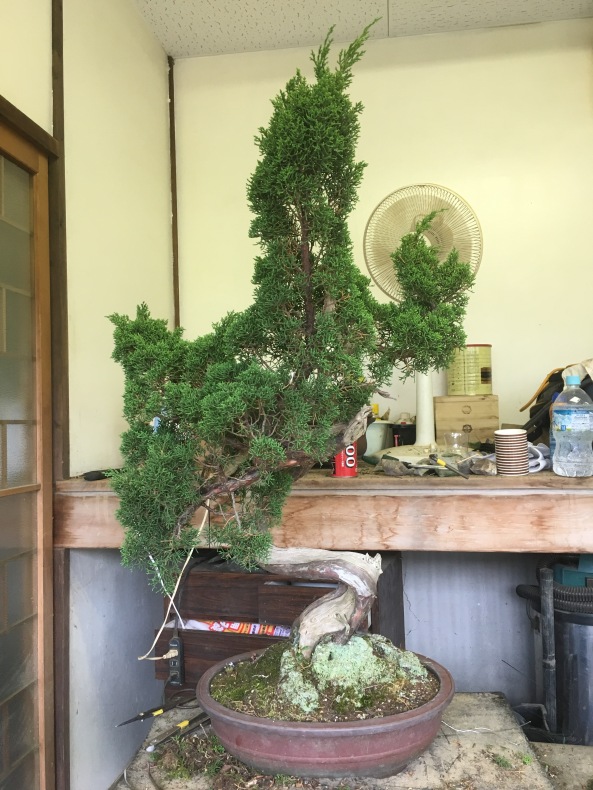 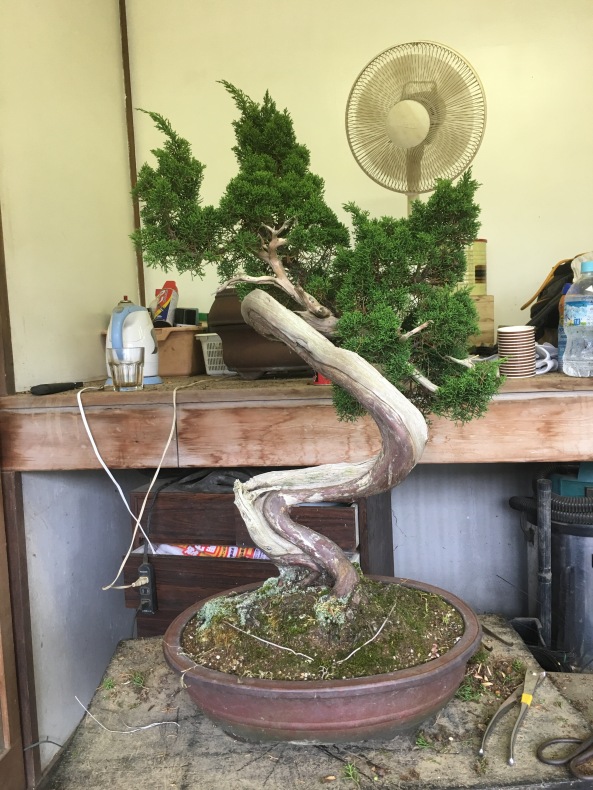 As you can see from the photo’s the material has some interest but, is rather boring especially in the middle section.

My idea to in fact solve this issue…