Peter told me to pick something out to work on and I fancied a Juniper. With lots of great material to pick from both large and small, I opted for this Kifu sized one. I was left to figure out what options we had for the tree and if possible make it good from both sides. Most of Peter’s smaller (shohin) trees are good for either side, a great option for shohin display stands. Be nice to do the same with this one even at Kifu size. I gave the tree a preliminary clean up allowing me to study the trunk movement and branch structure a little more. Steve and I had a play around with it looking at a few possible angle changes both up and down. However what drew me to the tree in the first place was the angle it was at now. I gave my ideas to Peter just adding a possible tilt forward. I wanted to try and get two apexes on the tree but more separation was needed between the two main branches. As the lower one had shari, we opted to split the deadwood from the live vein a little to allow us to lower the branch further. A slightly risky procedure but fun. First Peter explained that before we carried out the split and bend that we should first look and see what other options we have if it goes wrong as a back up plan. There was a nice tree even if we lost the branch that was to be split. 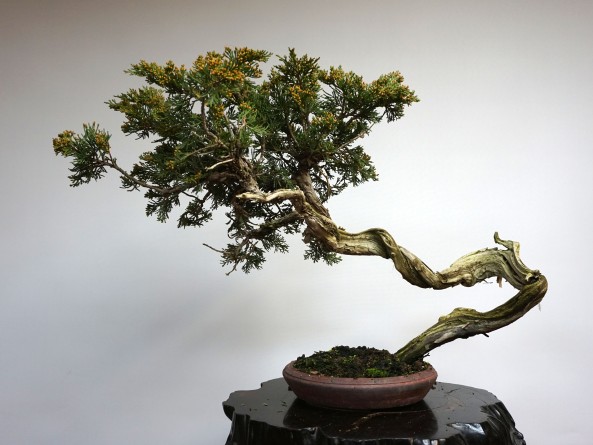 Vein to be split from deadwood. 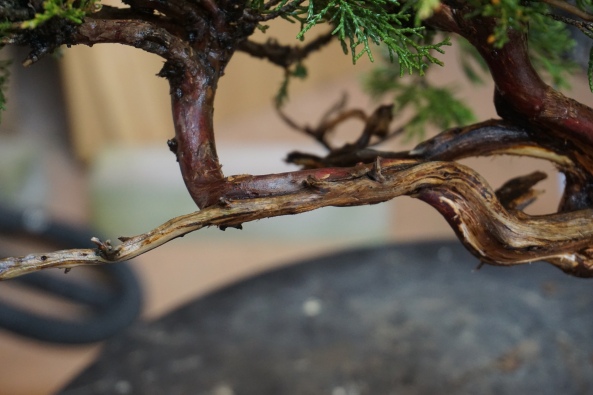 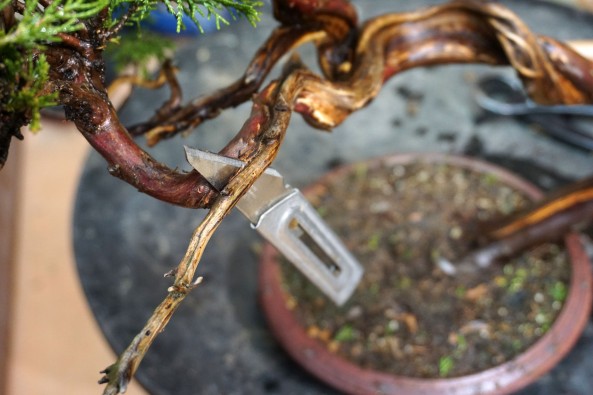 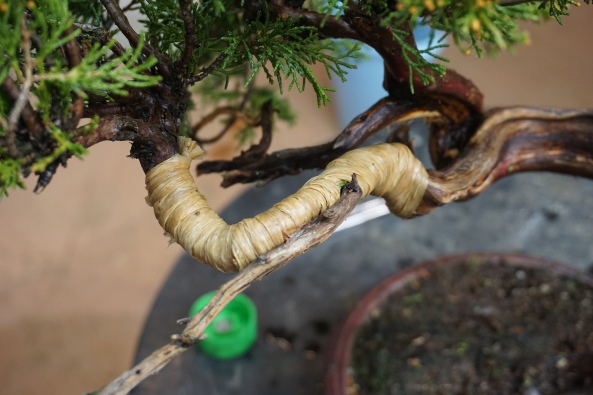 Initial bend put in place with an option to drop further if required. 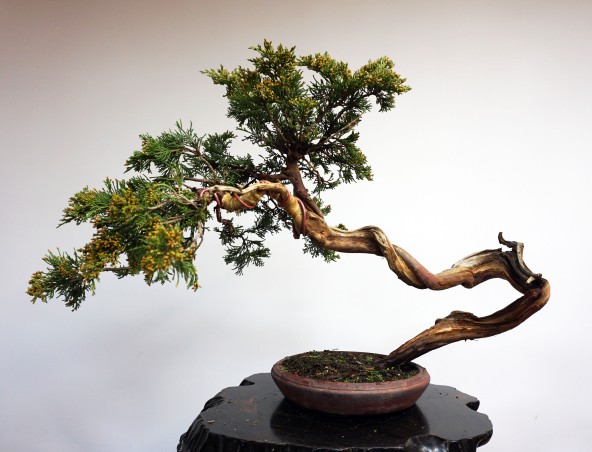 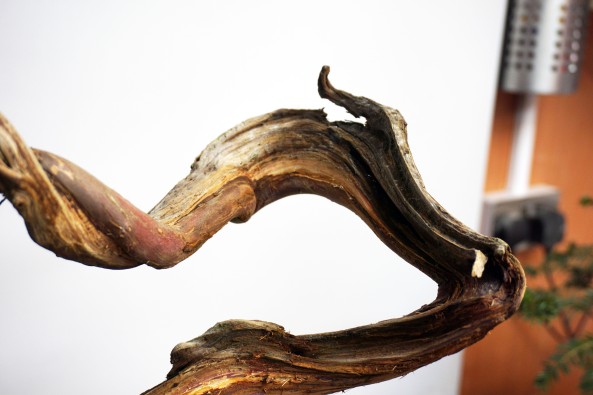 During the wiring process 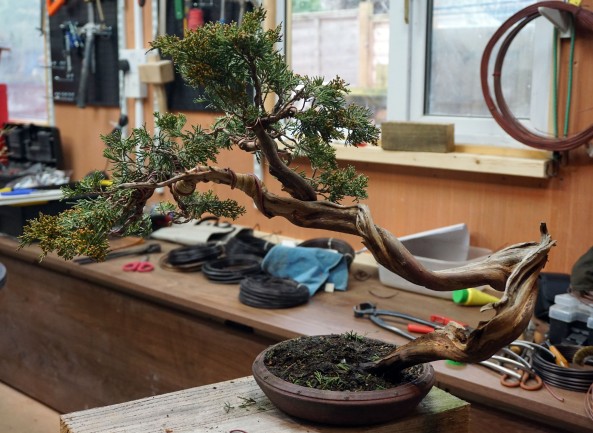 After wiring and lime sulphur was applied. Again the tree was not styled to look refined now. This is a Sabina with flower buds. As the foliage that is flowering now will die back when finished, we leave more of the fresher growth in behind to allow the foliage mass to be rebuilt later this year. There’s no point in fine wiring flowering areas when it will be removed within a year. What is important is the placement of the primary and secondary branches that will form the structure of the tree in years to come. A lesson learned from Peter all week – no point wiring what is being removed soon. An enthusiast may like to create the best image possible right now but is it good for the tree and a speedier development? No it’s not. Do what is required and move on to the next challenge. I still probably wired branches in this one that didn’t need it. A hard habit to break. 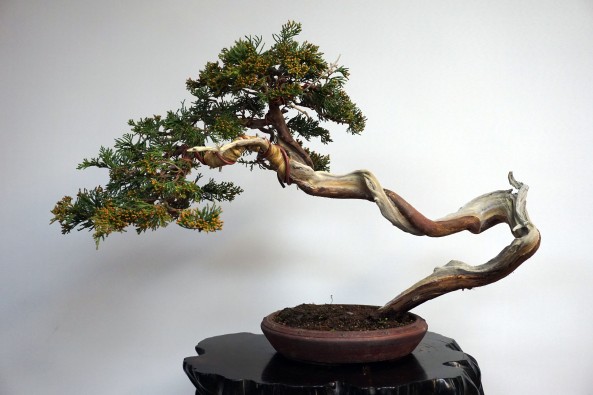 A check to see that it still falls within Kifu size.

It looks good from the other side too, but I forgot to take a photo 😦  A great tree to play with and I learnt a few things about Sabina along the way. Win Win.